What You Need To Know About Illinois Marijuana Legalization

A kind of green wave is sweeping the country, with marijuana being legalized in numerous states. Illinois is one of the newest to consider it, and a bill to legalize marijuana in Illinois is expected to be filed by April 29, meaning that legalized marijuana may be shortly behind. There are a few points to keep in mind here:

· Marijuana has been legal in the state since 2013 for the use of treatment for certain medical conditions.

· In 2016, the drug was decriminalized. Those found with small amounts of marijuana currently face monetary fines but no jail time as a punishment.

· Now, this new bill will make it entirely legal for adults to use marijuana recreationally.

While the pros and cons of legal weed can be debated for decades, one main thing that needs to be focused on is the kind of impact that legalized marijuana – or drugs of any kind – can have on business owners.

However, this subject is actually more straightforward than most will realize. Employers and employees both have certain rights that they will want to keep in mind where the process of a random drug test is concerned.

Essentially, employers are allowed to create their own drug and alcohol policy and manage, modify, and enforce it as they see fit. However, they may not take actions that discriminate against those who are using medical marijuana. This will likely apply to recreational marijuana if this law takes effect as well.

Employers will be able to use Illinois prescreening drug tests and a random drug test if they are hiring for positions that require sobriety to maintain safety, and for other drugs aside from marijuana. They can also use a random drug test to ensure that marijuana is not being used by an employee while on the job.

But, employers will likely not be able to refuse employment outright due to a positive marijuana test unless they can show that the use of the drug will make it impossible for the employee to complete their duties. This may not be the case as some states actually allow employers to enact and enforce drug policies regardless of the state laws – but more will be known if the law passes.

Illinois is likely joining other states very soon in the legalization of marijuana. It’s important that you know what your rights as an employer are so you can maintain a safe working environment and ensure that your employees stick to the rules that you have in place for them. 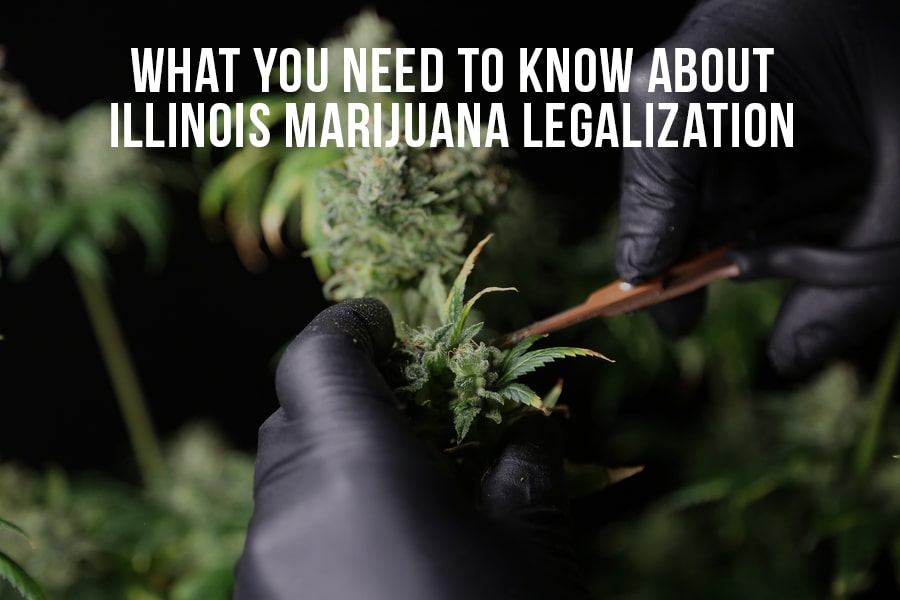 July 6, 2021
PrevPreviousWhat Employers Need To Know About Marijuana Laws in Nevada
NextYou Can Drop Marijuana from Your Drug TestingNext