The Marijuana Question Now Has Many Answers

There was a time when US law regarding the use of the drug marijuana was straightforward. It was illegal at the State level, and it was illegal at the Federal level, period, full stop. This made things very simple for both the law and for the workplace.

Today, however, things are very different. And this raises some new, complex questions about marijuana and its place in the home and the workplace.

A Time Of Transition

The biggest issue now facing Americans is that the legal status of marijuana is now in flux. At the Federal level, marijuana remains an illegal drug. Where the water gets muddy is the changing status at the state level. Some states, like Idaho, maintain that any marijuana use is still considered a crime. Some states, like Florida, allow it for medical usage only. Then there are other states, like California and Maine, where even recreational use of the drug is now legalized.

This is further compounded by the fact that, at the Federal level, our Neighbors To The North, Canada, legalized marijuana use recreationally in 2018, so Americans visiting Canada can legally use the drug there. Other states within the country are now moving forward with decriminalizing, or legalizing the use of marijuana, so the status continues to change.

This means, depending on where a business is located, failing a drug test and coming up positive for marijuana usage has different implications. In some states, this is evidence that a crime has been committed, whereas, in other states, it is as meaningful as a drug test that shows positive use of alcohol. Where it becomes further complicated is if a business is located in a state where marijuana is legal but has workers that operate in other states, such as truck drivers delivering cargo to out-of-state destinations.

However, despite all this, one thing remains true, regardless of legal status. The legalization of marijuana, just like alcohol, does not change the fact that this is a substance capable of impairing judgment and reflexes. In the same way that the legality of alcohol does not excuse driving under its influence, or going to the workplace drunk, the same is still 100% true for marijuana use.

This is why it’s still important to include marijuana as a component of 5-panel drug testing. Workplace safety, and for some companies, DOT regulatory compliance, are still important factors to consider, regardless of the legality of the drug in a particular state. 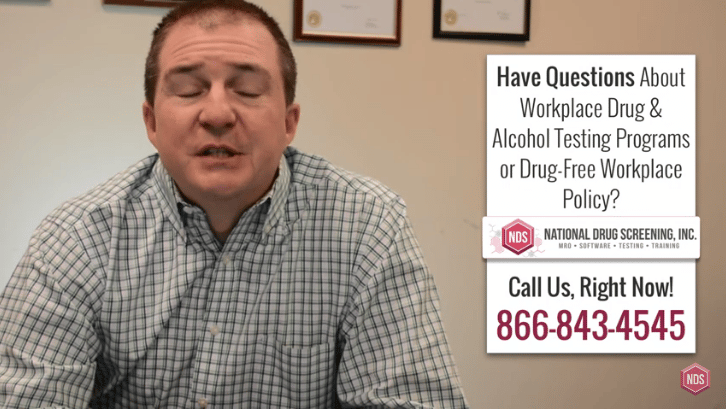 All Posts
PrevPreviousChanges To Marijuana Laws Should Change Your Drug Use Policy
NextWhat Is A Negative Dilute Result?Next