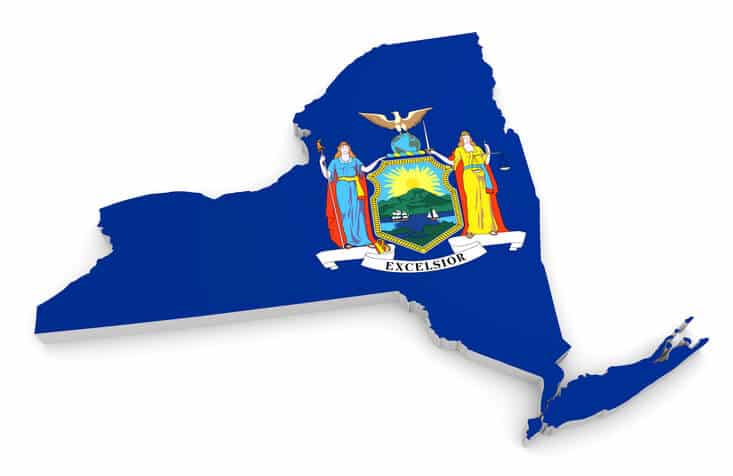 In the Big Apple, business is in the name of the game and maintaining a drug-free workplace is essential. Studies show that employees who struggle with drug related issues are also more likely to be absent, tardy or less efficient at work. That is why in a place like New York where business is everything, the government let private business lay out the drug screening foundation for themselves.

No Restriction New York
When the push for drug testing started to come about in the late 1980’s, the New York state government had some decisions to make. With almost 20 million residents, New York has the third largest population of any state in the country and there was a need for written law at a time where so much was changing in the workplace. But instead of passing down a specific set of laws, the state government decided to leave it up to private business. That is why there are no laws regulating or restricting a private employer from drug testing an employee in the state of New York. Government employees are still subject to government testing, but employees in the private sector have no such protection.

One thing to be aware of is that on-site testing facilities are subject to regulation under the state’s clinical laboratory licensing law per the NYS Department of Health. Neither LabCorp nor Quest Diagnostics perform instant drug testing at their drug testing centers in New York State. Caution is advised to employers when considering using onsite, instant or point of care testing (POCT) in New York State.

The purpose of random drug testing is to deter potential users from even trying drugs in a leisure setting. If they know there is a chance they are going to be tested at work, the hope is that they’ll steer clear of drug use in the first place. To ensure that the test subjects are chosen at random and free from discrimination, their identifying information is placed into a testing pool from which a scientifically arbitrary selection is made. As long as everyone has an equal chance of being selected, the result can not be disputed in the state of New York.

Drug Testing Near Me
If you live in the state of New York, National Drug Screening has partner labs in a number of different cities including, but not limited to:

If you’re an employer or individual and would like to learn more about our comprehensive drug screening services in the State of New York, call National Drug Screening today! We have hundreds of drug screening facilities in dozens of different cities and we can perform same-day testing upon your request.