In general,  If you have a job and the company does random drug testing, you might think twice about using illicit drugs for example at a party on the weekends.  Random drug testing should always be a surprise and unannounced.  Once the individual is notified of the random drug test requirement, they should be proceeding to the drug testing collection site immediately.  In some cases, a company might call out a mobile drug test collector to perform the random drug and alcohol testing for a group of individuals.  This is efficient, cost saving and time saving. Again, the testing should be unannounced and a surprise.

DOT random testing should be spread out evenly over the calendar year, typically monthly or quarterly.  The testing is required by Federal law and not affected by state laws.

For Non-DOT companies, those not regulated by the United States Department of Transportation (DOT); random testing is also important to again provide deterrent to illicit drug use.  If conducting Non-DOT random always include this in the company drug free workplace policy.  For these non-regulated companies state laws do apply and it is important to check state laws when implementing a non-regulated random testing program.

The above restrictions do not affect required DOT drug and alcohol testing.

For various reasons we see individuals needing random drug testing programs.  These usually required a third-party administrator (TPA) to implement for the individual a random testing program including selections and notification.  These situations usually occur in the following situations:

For the above types of drug testing the TPA should be calling the individual when the testing is required for an immediate visit to the drug testing collection site.

As mentioned previously random drug and alcohol testing can be a deterrent to illicit drug use but important that it always be unannounced and a surprise.  Upon notification of selection, the individual should be immediately tested at a drug testing collection site or arrival of a mobile drug testing collector.

The selection method for random drug testing should be scientific, the TPA typically has a computer software system that accomplishes this. A scientifically valid method should be used to select individuals or employees for testing, which may include use of a random-number table, a computer-based random number generator that’s traceable to a specific employee.  Putting everyone’s name in a hat and drawing one out is not an acceptable method.  Random testing is just that, random; each person in the random pool has an equal chance of being selected in each random selection period.  In the case of individuals required to have random drug testing, the random aspect is typically the day the individual should go for drug and/or alcohol testing.

The simple answer to this question is that it has a high probability of reducing the number of people working at your company that are doing illegal drugs. This means less accidents and sick days, better productivity, and a safer work environment for employees and customers. How do we know this is the most likely outcome? We need only look at an industry that has had federally mandated random testing for many years…the Federal Motor Carrier Safety Administration or the FMCSA.

As of January 2016, the FMCSA has lowered the random drug testing rate from 50% per year to 25% per year due to an ongoing decrease in the positivity rate of random testing. While DOT related positivity rates have been trending down, the same cannot be said for the workforce in general. While the positivity rate of both marijuana and other addictive drugs, many of which are still not being tested for by the more common tests, has been increasing. Instituting random workplace drug testing helps employers ensure their employees are not using illegal or illicit drugs that can be harmful for both the user and their fellow employees and customers.

Some jobs are dangerous to perform even if a person is not impaired. Driving a bus, using heavy equipment, or running machinery requires an employee to be alert and not under the influence. Pre-employment drug testing only goes back 5-8 days so someone seeking employment may just stop long enough to get a job. Random drug testing will help ensure that the employee doesn’t work while under the influence, protecting himself and other staff from potential accidents.

Avoiding Problems Down the Road

Even occasional users may have a drug problem that quickly spirals out of control, transforming even someone who seems like a good employee when hired to someone that is unreliable, shows up late to work, or who may cause an accident to themselves, others, or to your company. Instituting a random program upfront may save a company money though lower turnover and training costs, lower insurance related costs, and reduced legal liability.

Having both pre-employment and a random drug testing program can help you stand out as a company. People want to feel safe; they want to know you are reliable and consistent. Having a random testing program can show that you care for your employee’s safety and the customer’s safety and satisfaction. It can also help you attract better candidates leading to better job satisfaction and morale.

Department of Labor reported that the abuse of drugs and alcohol in the workplace, cause 65 percent of accidents and 38 percent to 50 percent of the claims of all employees associated with alcohol or drug abuse in the workplace. Drug testing programs are a powerful deterrent to drug and alcohol use in the workplace and help employers reduce occupational injuries and illnesses and send a clear message about their commitment to a safe work environment.

Many employers will typically perform pre-employment screening for drugs before hiring, but often neglect other important elements of an effective drug free workplace policy or program such as random testing (where not prohibited by state law), reasonable suspicion, and post-accident testing.

Random drug testing is an effective deterrent to drug use by employees if implemented properly. Employers with no random testing may have issues with employees and fail to identify them until there is a major problem or accident; perhaps they never detect this employee’s drug or alcohol use and the impact it may be causing within the company. Employers not administering any drug testing or random drug testing, where allowed, are taking a risk of increased workplace accidents and other negative results of maintaining a substance abuser on the payroll.

While having a random testing program does not provide any guarantees but does increase the likelihood of identifying employees with substance abuse issues and may deter those with issues from applying in the first place.

One challenge we often see with companies that do random testing is that they announce the test ahead of time or give the employee days to get the test done. This completely defeats the purpose of having random testing as it gives the employee time to attempt to flush their system or to prepare to “cheat the test” or adulterate the specimen. Random testing should be done immediately meaning if an employee is chosen for a random test and they are in the middle of a project, out sick, on vacation, the supervisor should wait to tell them about the selection until they are ready to send the employee immediately. It is important to have a complete program in which all aspects of testing are addressed and implemented properly.

Education about drug and alcohol use and abuse it a critical part of an effective drug and alcohol free workplace program and gives employees the information they need to get help when needed and maximize their benefit from a program. Active employee education plans should provide company-specific knowledge, such as the details of the company’s policy, as well as comprehensive knowledge of the nature of drug or alcohol addiction; its impact on work performance, health, and personal life. All employees should have ready access to this information and it should be available on an ongoing basis through a variety of delivery methods.

The laws vary, sometimes greatly, from state to state so it is essential to know what laws that affect your business or you can work with a TPA (Third Party Administrator) that can assist you in making the best decisions in regards to your Drug and Alcohol Testing Program and implementation. 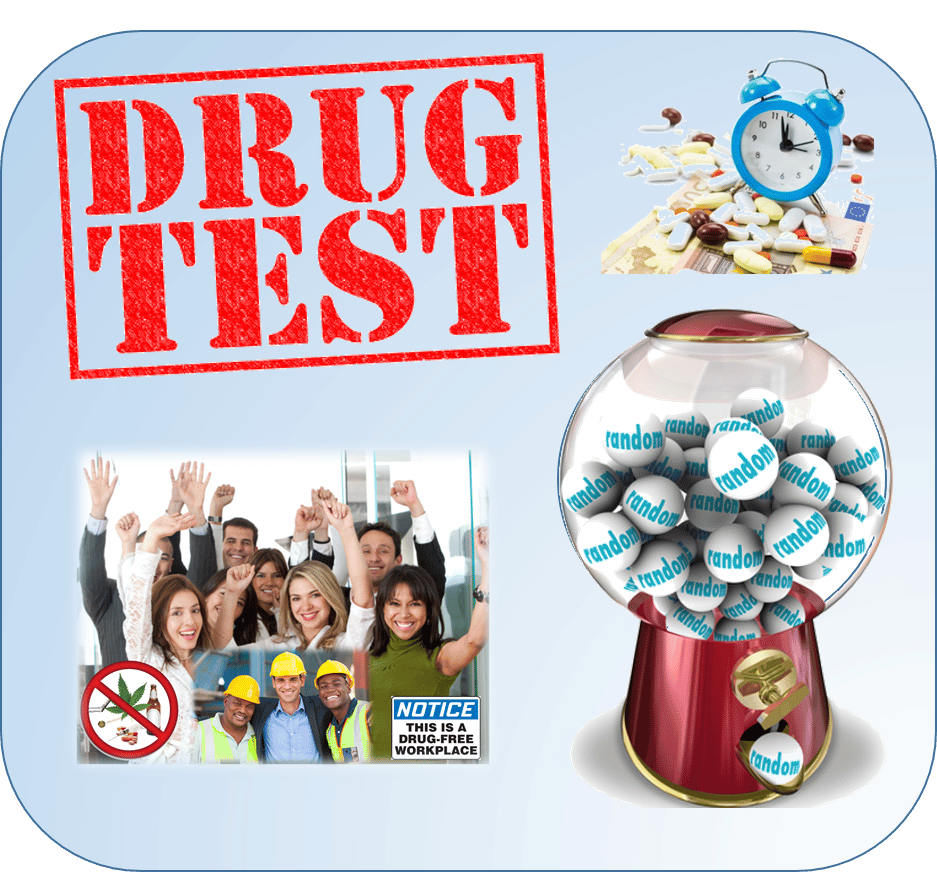 What Drug Tests are Individuals and Employers Ordering?