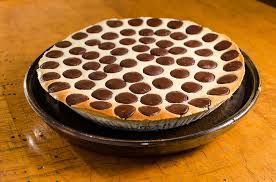 Today, August 18, 2015, DOT announced that a new Public Interest Exclusion (PIE) has been issued on a service agent, Elizabeth “Betsy” Pope d/b/a Eastgate Testing Laboratory.  The action for this PIE was taken by FMCSA and was signed by the Acting Director of ODAPC, Ms. Patrice Kelly.

There is a maximum sanction of 5 years before Ms. Elizabeth Pope can again do business with DOT-regulated employers.  Ms. Pope has a criminal conviction as the result of her pleading guilty to mail fraud and acknowledge her responsibility for fraudulent activity.  The mail fraud was for billing her client for MRO services and signing drug test results as “verified” using the name of a MRO from January 2006 to March 2012.  She had not done business with this MRO since June 2005.

Ms. Pope was indicted by a grand jury on 8 counts related to her activities providing drug testing services.  Ms. Pope was sentenced to 4 years of probation and 8 months of home detention.  She was also ordered to pay restitution to the trucking company for fees collected from that company.

It may seem like a long time from the time that ODAPC was first notified of the NOPE to this notice that was issued today.  Having been within DOT and being somewhat knowledgeable of what has to take place, it is not an easy process to issue a NOPE and eventually a PIE but it can happen.

For readers that are not familiar with the PIE and what it takes, I will refer interested reader to 49 CFR part 40, Subpart R.

A link to the decision is https://www.transportation.gov/sites/dot.gov/files/docs/PIE_Decision_POPE_Eastgate_Laboratory_Testing.pdf.