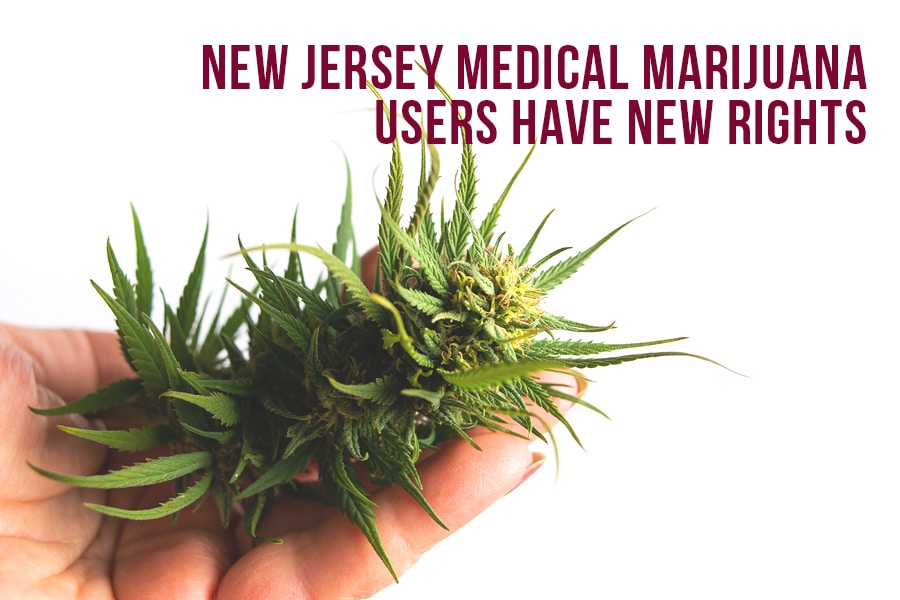 As more and more states modify their drug laws to allow for the use of medical or recreational marijuana, it leaves employees and employers confused about their rights and what steps they can take when it comes to pre-employment and random drug testing.

New Jersey is a perfect example of this, and recently medical marijuana users were able to have their rights confirmed in the state. A New Jersey appellate court held the decision that a disabled employee has the right to sue his former employer for discrimination based on his use of medical marijuana.

The findings determined that employment discrimination based on medical marijuana use was not prohibited under the current laws. But, it was also held that the employers in the state are not immune to obligations already imposed elsewhere. In other words, employers may be able to use their drug testing policies in some situations – but they must adhere to current regulations put forth by the state as well.

In the case in question, the employee worked for a funeral parlor and was involved in a car accident while working. At the time, he held a prescription for medical marijuana for his cancer. However, after the accident, a doctor confirmed that he was not under the influence of any drugs or alcohol. Afterward, he was drug tested and found to test positive for marijuana – then was terminated.

The courts have found that since his use of marijuana was to treat a disability – specifically his cancer – it was illegal for him to be discriminated against or terminated since he was using treatments that were entirely within the law.

While the current laws may end up changing over the future, at the moment it’s clear that employers in New Jersey can still use random drug testing when it matches their existing drug policies as long as those policies meet the current regulations. However, care must be taken to remember that employers may not discriminate in any way against those who are using medical marijuana. You do still have rights as an employer, but care must be taken.