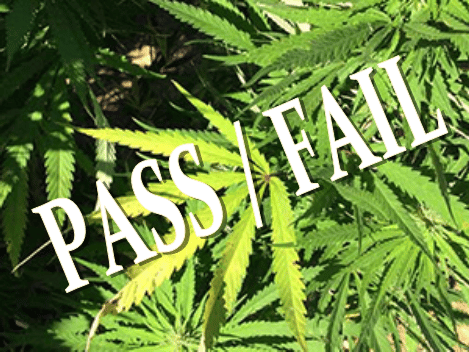 Drug testing is done in various situations, the most common of which relates to employment. Some employers require that a prospective employee complete a drug test as part of the application process, with the offer of a position contingent upon the results. Others conduct random drug testing of existing employees, particularly in industries where cognitive impairment poses a safety hazard.

Drug testing can also be conducted on residents of drug and alcohol rehabilitation facilities, drug offenders who are on probation, or in the home setting where family members may be concerned about a loved one’s possible drug use.

There are a variety of methods that can be used to screen an individual for drug use. These include testing blood, saliva, the breath and even one’s hair, but the most commonly used test is done on urine. This is referred to as a urine drug screen or UDS.

A typical UDS will screen for amphetamines, methamphetamines, cocaine, PCP, opiates, and marijuana. The test does not actually measure the presence of these drugs in the urine, but rather the metabolites of the drugs – the products that are excreted by the body after drugs are metabolized.

The second type of test uses gas chromatography/mass spectrometry (GC/MS). A false positive result is extremely rare. However, it is more costly than the immunoassay test and the results take longer to obtain. The GC/MS identifies a specific drug metabolite at a specific quantitative value. At National Drug Screening all of our urine drug tests include the initial screening test (immunoassay) and when necessary with a non–negative result the confirmation testing (GC/MS). With this type of bundled drug testing, the costs of testing with confirmation is very reasonable.

Both tests use the same procedure for obtaining a urine specimen. The individual to be tested is given a sterile specimen cup. He is required to leave all personal belongings outside of the bathroom used for testing. This includes the emptying of pockets. In some cases, a same-gender nurse or technician may accompany the individual into the bathroom to be certain the testing procedure is strictly followed. The individual urinates into the specimen cup. At least 45 milliliters of urine is needed to complete the test – that’s about the same as a full shot glass. The lid is then placed on the specimen cup and it is handed over to the technician supervising the test. Both the individual being tested and the technician should maintain visual contact with the specimen at all times until it is packaged, labeled and sealed for shipment to the laboratory.

Evidence of marijuana or THC in urine

So how long does evidence of marijuana use show up in urine? The answer varies widely depending on a number of factors. Approximately 15 – 20% of the THC ingested will be eliminated as the metabolite Tetrahydrocannabinol. This means the more potent the marijuana, or the larger the amount ingested, the longer the metabolite will remain present in the urine. With a urine drug screen (UDS) a single use will be detectable for about 4 to 5 days, while habitual use will create a positive urine test for up to 30 days. Daily use of marijuana could be detectable for even longer periods of time.

How to pass a marijuana drug test

The only way to be absolutely certain of passing a urine test for marijuana is to not ingest it. This includes smoking or consuming it in edibles. While abstaining from use for a limited period of time could be effective when testing is expected, as in the case of applying for a job for instance, in cases where random testing is conducted the likelihood of a positive test is high with ongoing use of the drug.

As previously mentioned, false positives do sometimes occur, particularly with the immunoassay test, though they are not likely to result from second-hand marijuana smoke or the consumption of hemp foods or oils. In the case of a positive result when there has been no drug use, the individual should have a gas chromatography/mass spectrometry (GC/MS) follow-up test done immediately. Incidents of false positives with the GC/MS are relatively rare, and it is obviously essential to invalidate the results of the erroneous first test as quickly as possible. At National Drug Screening, all urine drug testing includes the immunoassay test and for non-negative screening results the GC/MS confirmation testing. All final lab results are reviewed by a Medical Review Officer (MRO). These processes rule out false positives.