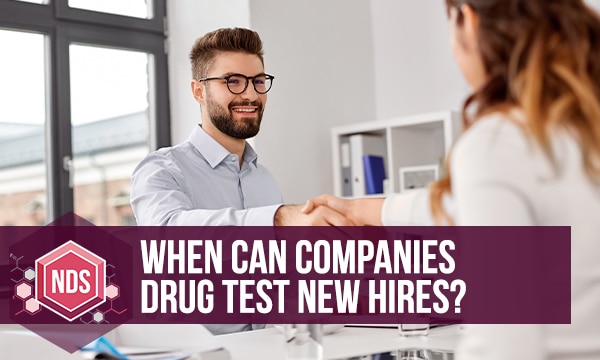 It is not uncommon for small and large organizations alike to test new hires today. According to no Onin Staffing no current federal laws prohibit businesses from requiring applicants to take and pass the screenings. Therefore, company leaders utilize the pre-employment process to weed (no pun intended) drug-free applicants from drug users. However, before jumping the gun and diving right into the venture, boss men/women need to have a clear and defined strategy regarding drug testing. Additionally State laws need to be reviewed for potential restrictions in drug testing in some States.

Having an effective drug free workplace policy only prevents issues from occurring in the long run. For example, if an applicant tries to blame they’re not getting the job because of racism, the legal team can refer back to the policy document to prove that a violation took place. As such, the company can avoid having to pay out a hefty settlement for wrongdoing when none occurred. Of course, there are plenty of other scenarios that can play out the same way. So, when can companies drug test new hires? One occasion is during pre-employment screening.

Can Companies Drug Test New Hires After The Pre-Employment Phase?

Various businesses not only have pre-employment drug screenings, but they also have random testing. Hence, company leaders could elect to go this route a few days after a person gets hired. Why? Well, getting a new job is reason enough to celebrate. If the individual went out and had a good time where illegal substances were involved, the results will show it. Then, the managers may choose to take action now rather than waiting until the company spends a ton of money on training. Random drug testing is a deterrent to drug use and a reason for your employees to say no to peer pressure.

What Type Of Drug Tests Do Businesses Use?

The 5-panel drug test is the one most commonly used by employers, probation departments, offices, and more across the United States. It is reliable and checks for traces of five frequently abused substances in a urine specimen. Those items are THC, opiates, cocaine, amphetamines, and PCP, all of which can affect a person’s behavior drastically. Not to mention, they impact mood and performance also.

It is not a good idea to let drug use go unchecked in a company setting. Things can, and eventually, will go terribly wrong. Verbal arguments may arise among the ranks as well as physical altercations. Thus, business owners should contact National Drug Screening to discuss their testing options. The action will help them build a relationship with the organization, and their testing needs will be covered for years and years to come.