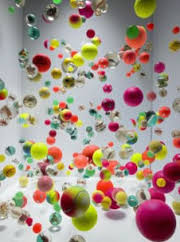 Can your Random Selection Program Hold Up If Challenged In Court? … by Robert Schoening

Doing selections of a company’s employees to take a random test is a way of life for many C/TPA and companies.  They do this without questioning if the particular program used will stand up in court or before a Federal Administrative Law Judge (ALJ) if challenged.

The DOT Agencies require that the random selections be scientifically based.  This means no drawing names out of a hat or other such methodologies that can lead to a biased random selection.  This requires that a C/TPA or employer have a complete understanding of how their particular random selection program works.

MAKE SURE THAT YOU AS THE END USER FULLY UNDERSTAND HOW THE PROGRAM WORKS!

Why is that understanding important?  You are in the Federal arena working with DOT regulated employers and employees.  There is a requirement to comply with an employee rights to privacy as expressed in the Supreme Court Decision of 1989.  That applies to random selections that have to be performed without any biases.

Recently a Federal Drug Test was set aside by an ALJ as the C/TPA could not explain how the random selection program worked to the satisfaction of the ALJ. This court determination has happened on more than one occasion.  This can potentially happen in a Federal civil court proceeding if challenged by an employee who had an adverse test result.  The most recent decision can be found at http://www.uscg.mil/alj/decisions/2014/SR-2014-14_Hopper.pdf

The question of why and how did the non-negative test result get to an ALJ is not faced by most DOT modal agencies except for FAA and USCG regulated employers and their safety-sensitive employees. Many of the employees in these two modes hold a Federal License and have their non-negative test results reviewed in a hearing held by an ALJ.  The purpose of these hearings is to determine if the individual should continue to hold a license, have their license suspended or have their license revoked.

All aspects of the test have to withstand challenge including the random selection of the individual.

Below are the pertinent facts and findings of the referenced case.  These are copied from the actual decision and order.

1. At all relevant times, Respondent was a holder of Coast Guard-issued Merchant Mariner’s Credential.

2. The GIS BLAKELY was not randomly selected by a scientifically valid method wherein each vessel in the marine employer’s fleet was equally subject to selection.

3. Respondent underwent a urinalysis April 13, 2013, which followed the guidelines set for drug testing by the Department of Transportation in 49 C.F.R. Part 40.

6. Respondent’s “A” and “B” urine samples were tested at Department of Transportation-approved laboratories.

7.  Respondent’s “A” and “B” urine samples tested was positive for cocaine metabolites.

2. Respondent was not properly ordered to submit for testing in accordance with 46 C.F.R. Part 16 in that he was not randomly selected.

3. Respondent was the individual who was tested for dangerous drugs.

5. Respondent’s drug test was conducted in accordance with 49 C.F.R. Part 40.

The allegations as set forth in the Complaint are found NOT PROVED.

How does this affect the mariner?

A question that should be asked is how does this decision affect the test result and SAP and Return to Work requirements?

The correct answer is that the decision of the ALJ only affects the ability of the individual to hold a Federal issued license.  It does not affect the test result at all.  The verified test result by the MRO is still in effect. That means that the individual still has to go through the SAP and Return to Work process.  The decision of the ALJ does NOT overturn that requirement.

Upon his retirement, Robert established his own drug testing consulting company assisting other companies to establish drug-free workplaces and drug testing programs, concentrating primarily on the marine industry. His knowledge of regulations and policy helped build his company to be one of the premier providers of drug testing services for the marine industry. During this time he was instrumental in establishing many of the current federal policies that are in place.

Robert has served on the Board of Directors of the Substance Abuse Program Administrators Association (SAPAA) as well as chairing the Governmental and Legislative Affairs committee. He was one of the first individuals to be recognized as an expert in the Drug and Alcohol testing industry and to receive designation as a Certified Substance Abuse Program Administrator (1996).

Robert is active participant in community service.  He recently served on the Policy Board for the Alcohol Safety Action Program in Fairfax, VA (January 1989-December 2012).  Since moving to Whidbey Island in Washington, he has been named to serve on the Substance Abuse Committee and recently been named to serve on the Ferry Advisory Committee both of these committees are located in Island County, WA.