… Consequences for a Credentialed Mariner with a Non-Negative Test Result

The consequences for a credentialed mariner with a verified non-negative test result can have a far reaching impact.  These impacts can range at a minimum removal from safety-sensitive employment to loss of the credential.  All of these will have an impact on the ability earn money.  DOT and USCG drug testing regulations are very important to the credentialed mariner.

What happens and how the consequences occur when a credentialed mariner as a non-negative test result is a long process.  This process has many steps and has the involvement of many people, including the employer, the Investigating Officer (IO), an Administrative Law Judge (ALJ), the Medical Review Officer (MRO), lawyers and can include the SAP along with other service agents.

This article will review the many different processes that will or can take place to relieve a mariner of their hard earned credential.

A question that needs to answered is “Exactly what is a credential?”  A credential is a license that is issued to an individual who has demonstrated proficiency doing certain maritime skills.  This is demonstrated by taking an exam, sea time documentation, and passing a physical examination that have certain standards in there to be met in order to be qualified to work on a vessel in commercial service.

A credential will enable a mariner to work in certain positons or to be a vessel master on inspected and uninspected vessels in commercial service. One of the benefits of having a credential is that the holder of a credential can command a higher salary and benefits versus a non-credential mariner.

Another article will discuss the different types of credentials along with the standards that are in place to obtain and hold a credential.

A credentialed mariner had a drug test violation.  The mariner had a verified test result of adulterated.  This report is conveyed to the marine employer by the MRO.  (It may be transmitted by a Consortium/Third Party Administrator (C/TPA) only if the employer has given agreement for transmission of drug tests to be reported by the C/TPA (Reference 49 CFR 40.165 and 40.345).

The marine employer upon receipt of this information has three regulatory requirements:

The OCMI will assign the case for investigation to an Investigating Officer (IO).  Sometimes that may be the same individual.

As stated in the previous article, after review by the IO of the letter and the accompanying Federal CCF, the IO will then request other documents to be sent to facilitate the investigation.  This may include but is not limited to the MRO with documentation that the MRO is a qualified MRO.  A copy of the Federal CCF Copy 2 signed by the MRO will be requested from the MRO.  The other important documentation that will be obtained is for the collection site and the collector.  The collector whose name and signature appears on the CCF will be requested to submit documentation that they were Department of Transportation (DOT) qualified. The IO can also request documentation of any collector retraining.  All requested documents should be handled expedient manner.

When the review of the requested paperwork and the documentation is considered complete, the IO will notify the mariner and request that the mariner come to the office to discuss the drug test result.  An appointment will be set for this meeting to take place.  The mariner will be advised to bring their credential with them to this meeting.

The IO will arrange for the meeting as soon as possible and to take place at the office for the IO.   At the meeting the IO will request the credential from the mariner and verify that it is genuine.  The credential will remain in possession of the IO.

The IO will explain that the mariner will be charged with Misconduct in accordance with 46 CFR Part 5.  The charge will be specific and will state that the reason is adulteration of the specimen submitted by the mariner. The IO may have to explain what is meant by the term “Adulteration”.

The choice is offered to the mariner, sign the Settlement Agreement or see the ALJ and prove that the test result was in error, that the lab made a mistake and this was not the mariners urine specimen that was analyzed.

The mariner realizes that it too late to get specimen B tested as more than 72 hours have elapsed since the MRO did the interview and he was informed of the right to have the specimen Bottle B tested.

The mariner is now faced with two choices.  The first choice to accept the terms of the Settlement Agreement and hopefully have the Credential returned in the time frame of 18 months.  The other choice is to deny the test result and try to prove that the specimen and test result did not belong to the mariner. 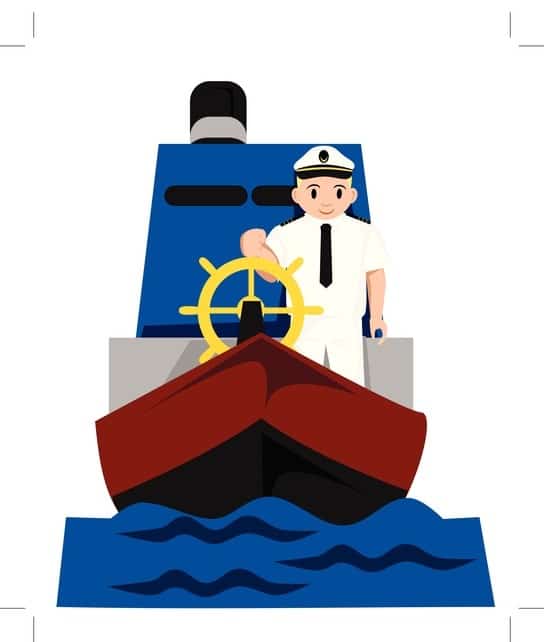 January 12, 2022
PrevPreviousWhy Should I Have An Employee Assistance Program?
NextCredentialed Mariner with a Non-Negative Test Result – Part 3Next