Many, many people choose to get into the nursing field, and why not? They get to spend their days helping patients and making their lives better. Plus, the pay is nothing to shake a stick at. Research from the Bureau of Labor Statistics shows that the annual average salary for a registered nurse was $70,000 in May 2017. For those that like to crunch the numbers, that equals out to about $33.65 an hour.

The same study also reveals that there were 2,955,200 positions in 2016 alone. Additionally, the industry is expected to grow by 15-percent between 2016 and 2026, which is faster than average. Thus, another 438,100 jobs are supposed to become available. Before jumping head first into the career, there is something that applicants need to know. Most nursing schools require students to be drug tested.

In many cases, the nursing school drug test is given during the admission, application, and interviewing processes. Why would they do such a thing? Well, there are quite a few really good reasons as to why. For one, the substances are illegal. Hence, the person is breaking the law by taking them. Those in the medical profession are expected to be trustworthy, upstanding citizens. So, the nursing school drug test helps weed the bad pupils out from the good ones so to speak.

Another reason why the nursing school drug test is beneficial is that it ensures students are ready for whatever gets thrown their way. Many times, pupils have to do hands-on procedures on live patients. If they are on marijuana, cocaine, or another substance, their judgment will be impaired. In other words, the potential nurse could make a mistake that changes someone’s life forever.

Nurses must also handle medications on a daily basis. If the person is already using recreational drugs, they may be tempted to sneak a couple of pills here or there for their own personal use. So, while everyone may not agree with the drug testing, it is truly a necessity. As long as the candidate sticks to the straight and narrow, they can enjoy a long, lucrative career in the field. 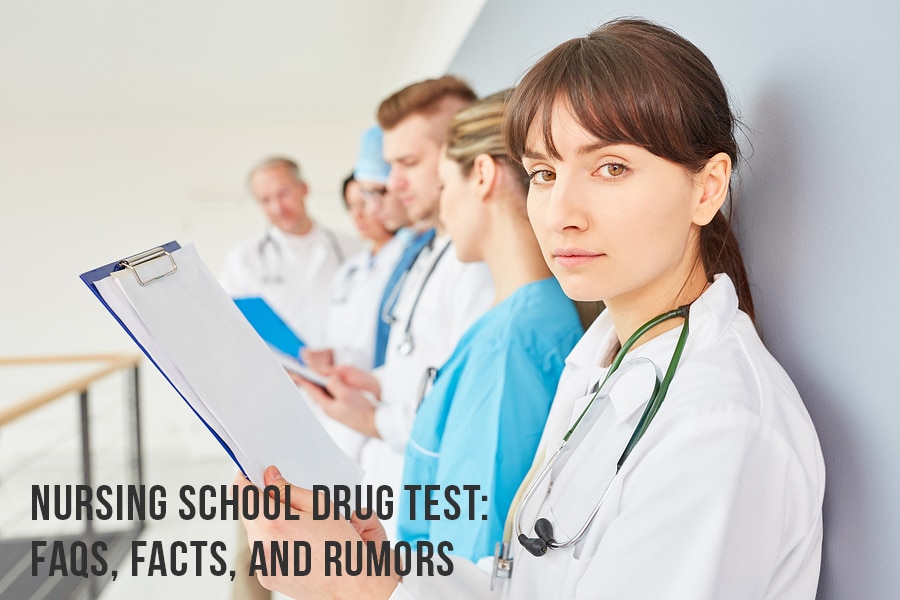 Last updated on July 26th, 2021 at 10:52 amWith the tough labor market, employers are constantly seeking ways to speed up the hiring process, so