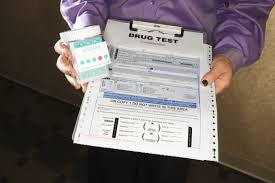 Thanks to DATIA for this UPDATE:

On August 8, 2017, a newly revised Federal Custody & Control Form (CCF) was approved for use by HHS-regulated employers and service agents. However, DOT-regulated employers and their service agents are not permitted to use the revised CCF for testing under 49 CFR Part 40 because DOT has not yet issued a final rule authorizing testing for synthetic opioids. So, what does this mean for DOT employers and service agents? While OMB was approving the revised CCF, they also approved the extended use of the ‘old’ CCF until June 30, 2018. As a result, DOT-regulated employers and their service agents (collectors, laboratories, Medical Review Officers) are to continue using the ‘old’ CCF until further notice from DOT’s Office of Drug and Alcohol Policy and Compliance.  When using the ‘old’ CCF – the one that has been used under the DOT-regulated program since 2010 – a “memorandum for the record” is not required. If the revised (2017 version) CCF is used inadvertently for a DOT test and the testing was consistent with Part 40, MROs are to verify and report the result according to Part 40. For more information, visit the DOT’s website.