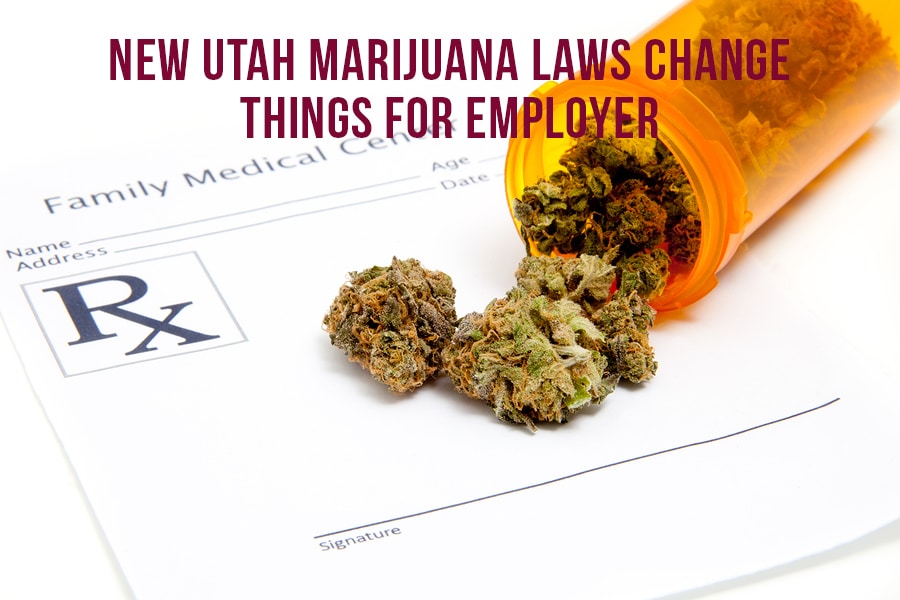 Marijuana reform is sweeping the nation, and every year it seems that more and more starts are adopting new laws and regulations related to the use of this drug. Recently, Utah joined the ranks by passing Utah Proposition 2 by a majority. This law allows the use of medical cannabis if patients are found to have a qualifying illness and be recommended by a physician to start receiving the drug for medical use.

It’s a slow process, but it’s likely that medical cannabis cards will begin to be issued by March of 2020 at the very latest. That’s great news for patients who suffer from illnesses, but currently, the law lacks provision related to employers.

The law defines qualifying illnesses as any type of medical condition that can be considered persistent, chronic, and debilitating. Some of the conditions included in this definition are:

And, if a patient suffers chronic debilitating pain that they can’t use other pain medications for, a doctor may recommend the use of medical marijuana instead. The law also requires that cannabis cardholders don’t smoke marijuana using a device that creates combustion at a temperature greater than 750 degrees Fahrenheit.

At the moment, it’s unclear. There are no provisions in the new law concerning employers, which means that they should be able to create their own drug policies – especially if the workplace is one that is dangerous or reliant on employees being clear headed. But, a 5 panel drug test won’t be able to determine if an employee has been using their medical marijuana outside of work as allowed by law or if they’re high while on the job.

Employers will need to consider the new regulations and update their drug policies accordingly in order to ensure that they remain in compliance. They may still need to use drug testing facilities in Salt Lake City and throughout Utah