>> In a not very surprising development, Occupational Safety and Health Administration (OSHA) has announced a delay in the implantation of their Final Rule titled “Improve Tracking of Workplace Injuries and Illnesses”.

There was a sizable hue and cry about this proposed regulation with considerable discussion among drug test service providers and of course the employers.

Several questions had been directed to OSHA to which there was not a formal response except as given below.

In the final rule, you state that drug tests cannot be performed unless the test can show impairment. I quote from the rule as follows:

Page 29673: “Although drug testing of employees may be a reasonable workplace policy in some situations, it is often perceived as an invasion of privacy, so if an injury or illness is very unlikely to have been caused by employee drug use, or if the method of drug testing does not identify impairment but only use at some time in the recent past, requiring the employee to be drug tested may inappropriately deter reporting.”

Page 29673: “To strike the appropriate balance here, drug testing policies should limit post-incident testing to situations in which employee drug use is likely to have contributed to the incident, and for which the drug test can accurately identify impairment caused by drug use.”

On the FAQs, the following is stated: “The rule does not prohibit drug testing of employees. It only prohibits employers from using drug testing, or the threat of drug testing, as a form of retaliation against employees who report injuries or illnesses. If an employer conducts drug testing to comply with the requirements of a state or federal law or regulation, the employer’s motive would not be retaliatory and this rule would not prohibit such testing.”

With above references my questions are as follows:

1.  Can you identify a drug test that is demonstrate impairment and be forensically defensible (hold up in court of law)?

2.  If an employer does a test that does not demonstrate impairment, what will the imposed penalty be?

The response from OSHA to the above questions were: “OSHA is in the process of developing detailed guidance for our field staff and will address this issue there.”

The drug test questions and impairment are part of the motion that was filed by MCLA.

The drug testing industry and employers will have to wait and see what the response from OSHA will be.  There are several options that can take place outlined below.

Right now employers and the drug test industry are in a holding pattern of wait and see. 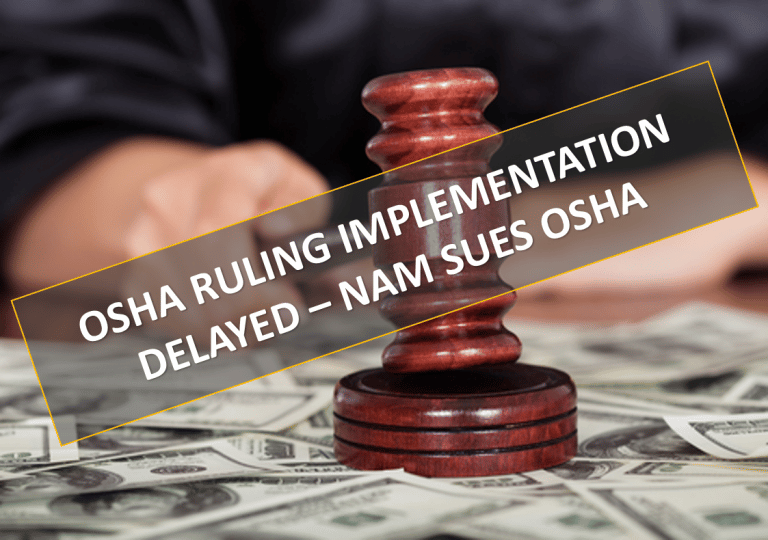 All Posts
PrevPreviousOSHA Says No to Post-Accident Drug Testing
NextEmployment Law Updates for the Week of July 12, 2016Next