Getting into Compliance FMCSA – Part 2

I sat down and did some heavy duty reading of the trucking regulations for drug and alcohol testing.  As I read this huge document, I made notes along the way as I wanted to be prepared for my discussion with my manager and did not want to appear to be ignorant, after all I am the owner of this trucking company.  Needless to say I did not finish reading the document in one sitting, but it took a couple of times to digest all that is in the document.

I feel somewhat prepared so I requested that the manager come to my office to discuss the testing program.  I was apprehensive at what or might not be discussed.

He came to my office and as he sat down, I informed him that I had some questions about the drug and alcohol testing program and the records for all the current drivers that we had plus past drivers.  He replied and told me that he had all of the records.  He also told that the testing program was being taken care of.

Before receiving the records, I had some basic questions to ask. The first question was to determine who was managing the program.  Was the manager doing it or did he contract it out?  He responded that he had contracted it out to a local business. I asked him what services were they providing.  He told me that this group would collect the drug tests and would do the alcohol testing.  This sounded good so far but I wanted more information.

I then requested that I wanted to see the test results for the past year.  He told me that he had most of them but he would have to go to the Consortium/Third Party Administrator (C/TPA) to get all of them.  I told him to get all of the results and when he had all of them to come back and see me.

I informed him that I also wanted to see all of the driver records when he brought me the test records for the drivers. He left to get the requested records.

About two hours later he returned with the requested records.  I thanked him and informed him that I would be reviewing these records and would get back to him.  I looked at the stack of records and was pleased that it was a manageable size.

I sorted the records by each identified driver glimpsing at each record as I sorted them.  A few things caught my eye as I did this that I felt would need further investigation.

The drug test results appeared to be all negative but there was no listing of the drugs that were tested for. That is to me bothersome.  Several of the drivers had no test records and that also concerns me.

I looked very closely at the reports for the drug tests. The only identifier was the name of the business on the report along with an address and phone number. The report does not list the name of the laboratory nor the Medical Review Officer (MRO).

I called the number as given and was greeted with a voice message instructing me to leave a message and that my call will be returned within 24 hours.  I left a voice message noting the date and time of the phone call.

I go back to studying the documents and test results some more making notes trying to make sense of these report. There is the name of the “collector” or at least an individual’s name of the test report.  The same name appears on about a quarter of the reports but not on any of the other reports. There are several different names that appear throughout the course of the past 12 months.  I make a note of the dates where the different names appear.

Needless to say, I am very puzzled by all of the inconsistencies in the reports.  I call the manager and ask him if he can explain all of these inconsistencies.  He tells me that he cannot and that he never noticed them before.

A bad feeling is coming over me with my senses telling me that all is not right.  I wait for the return phone call to see what they have to say.  In the meantime, I reread the regulations and make copious notes.  I feel like I am being a detective doing investigative work but then, this is my company and I am responsible all that happens.  That is also clearly stated in DOT 49 CFR part 40.

The next article will go into the return phone call and what happens. 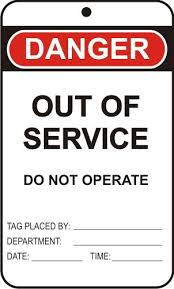 All Posts
PrevPreviousPrescription Drugs: A Growing Crisis for Employers and Employees
NextDon’t Let Your Business Go Up In A Puff of Smoke: How State Marijuana Laws are Changing BusinessNext