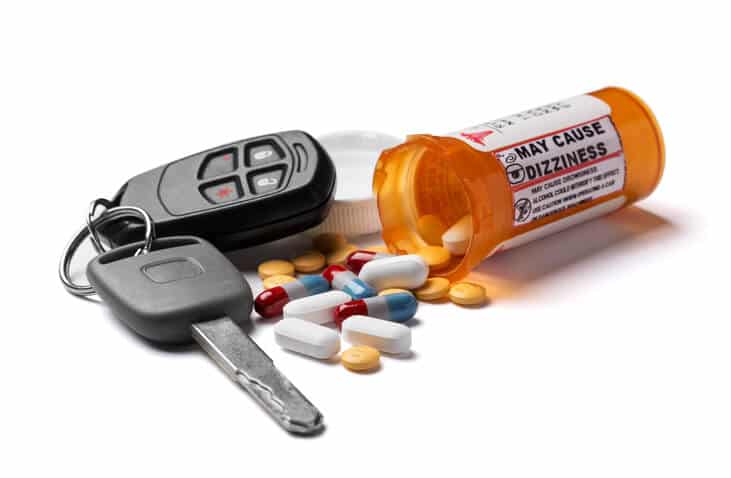 Drunk driving is a hot topic, but drugged driving is equally dangerous and just as illegal. When you choose to get behind the wheel of a car while under the influence, you are putting yourself and every driver on the road at risk. Understanding the effects that drugs can have on your ability to drive is the first step in keeping our roads safe.

What makes it so dangerous?
While all drugs impair your ability to drive, they all have different effects:

How big is the problem?
According to the 2014 National Survey of Drug Use and Health, 10 million people ages 12 and older reported driving under the influence of illicit drugs. Of that 10 million people, the majority of them were men ages 18-25. The effect that one drugged driver can have on the road is enormous, so imagine the impact of 10 million!

How often do drugs cause accidents?
This is a difficult question to answer for a number of reasons. One of them being that an accurate roadside drug test still doesn’t exist. Some of the other reasons include:

However, another National Drug Use and Health survey showed that 11% of all deadly crashes in the United States were related to a drugged driver.

How can we prevent it?
The most important thing to remember is that people under the influence of drugs are not using rational thought. If you notice someone under the influence trying to drive, it is up to you and everyone at that location to get them home safe. That simple act could save someone’s life.

Staying sober behind the wheel is important for everyone’s safety, especially people who drive for a living. If your company requires the services of drivers, let the experts at National Drug Screening help you make sure all of your drug testing policies are up to date.

More information: How to Avoid Distracted Driving at Night

If you are the owner of a trucking company or a CDL driver supervisor, call us at 1-866-843-4545 to know more about the compliances and regulations involved with drug testing.