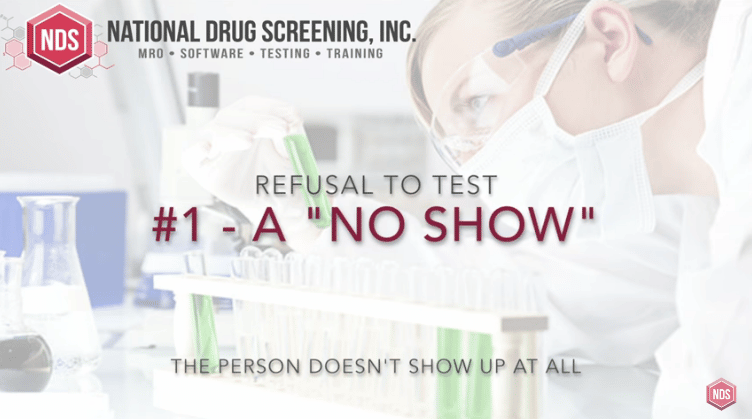 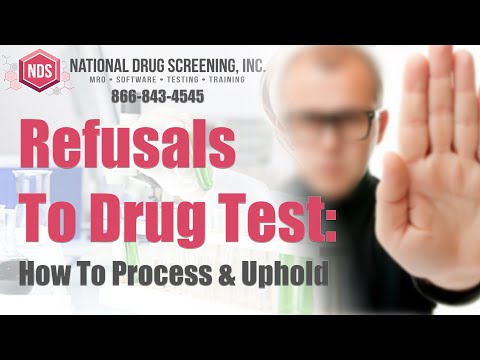 What Should You Do If Someone Refuses A Drug Test?

There can be many reasons why a business would implement a drug testing policy. For some, it’s a simple matter of maintaining order and safety, to give management and employees peace of mind that they are working in a clean and sober business. For others, there may be legal compliance involved, such as logistics companies that need to follow regulations laid out by the Department of Transportation.

However, to conduct a drug test, a person must submit to it. What happens if a person asked to take a test refuses to comply with that request?

There are different ways for people to refuse to comply with a drug test, but the five most common are:

For some of these refusals, especially those involving cheating or contaminating samples, a Medical Review Officer will provide the final verdict of cheating/refusal, and then inform the employer of what happened. In the cases of people failing to show up, or refusing to comply with all requests, thus resulting in a cancellation anyway, the decision now rests with the DER, or the Designated Employer Representative, who is the contact between the testing service and the company.

At this point, if you have policies in place—and depending on the situation—you have different options available. A potential hire that refuses a drug test is easiest to handle because it means the refusal to test is also a refusal to take the job since a drug test can be part of the hiring process itself.

With existing employees, this where having a company policy in place ahead of time can save many headaches. A refusal to test should be taken at least as seriously as an actual drug test failure result. At that point, you have to see whether your policy is zero tolerance, resulting in termination, or whether you can work it out using the policies that you’ve outlined.