What is Suboxone? Suboxone is a type of opioid medication that is used in drug treatments. Although it does contain opioids like those used to relieve pain, it is primarily used not to treat pain, but rather to treat the addiction to narcotics – specifically opioids. The drug contains a combination of Buprenorphine and naloxone that when combined can help those who are addicted to opioids through the process of overcoming their addiction.

The two main components in the drug work together to facilitate this process. Buprenorphine is the opioid medication within the drug while naloxone blocks the effects of the opioid medications. The naloxone actually blocks the pain-relieving properties as well as the feelings of well-being that opioid abuse can create, while the Buprenorphine helps to lessen symptoms of withdrawal during recovery. While it generally doesn’t become a dependency issue in and of itself, the use of Suboxone could cause one to fail a drug test in certain instances.

The antagonist shuts down the effect that the opioid has on receptors in the brain. In short, it stops the pleasant ‘high’ that is caused by an opioid, leaving those drugs ineffective.

As such, this is one of the primary drugs being used to treat and combat drug addiction in this country today. Since it blocks the effects of opioids, it’s very rare that Suboxone is ever abused despite containing some levels of opioids. However, its use can trigger positives on drug tests and screenings due to those opioids.

Effects of Suboxone – Since it does contain narcotics and since it is a medication, Suboxone does have numerous potential side effects that are associated with its use. In particular, it can slow breathing rates. Larger doses could potentially slow rates further, leading to difficulty breathing and poor oxygenation. If these effects are noticed, contacting a medical professional is important.

The most common Suboxone side effects include the following:

It’s also possible that serious side effects may occur as well. If these symptoms occur it’s important to seek medical attention immediately as they could be signs that a serious health risk exists. These serious symptoms can include:

Again, if any of these symptoms are noticed it is vital to get medical attention immediately or serious health issues including death could occur.

Since Suboxone is used to combat addition, it’s also possible that opioid withdrawal symptoms may accompany its use. These signs include agitation, hallucinations, nausea and vomiting, increased heart rates, sweating, shivering, muscle stiffness or twitching, and more. Again, these are all signs that medical treatment is needed as soon as possible.

Testing for Suboxone – Suboxone is a prescription medication and one that has little chance of being the source of a drug addiction problem. However, it is a drug that is used to treat opioid dependence, and its presence in one’s system could impact employment when a drug test is conducted as part of an employment screening, worker’s compensation screening, or any other type of drug screening test. It is easy to order a urine drug test that includes Suboxone, call 866-843-4545.

It’s important to note a few basic things about Suboxone and drug testing that may impact your use or any testing of it.

In most instances, the fact that a doctor prescribes this medication for overcoming addiction means that it won’t disqualify anyone from employment. But, it may show up on tests and may also be an indicator of drug addiction problems – two problems that may impact employment. A Medical Review Officer (MRO) should be used for all workplace drug testing.  Consider HIPAA and ADA laws.

Warning Signs – There are no real warning signs of Suboxone abuse since it’s not a drug that is commonly abused. However, the signs of opioid abuse could indicate that the drug is not working and that a patient has relapsed, and it could lead to problems with employment as well as life in general. Some signs that a drug addiction issue exists include:

Additionally, it’s worth remembering that Suboxone use can still lead to some of the same effects that opioids create, only on a much smaller scale. As the patient is weaned off of the drugs, these symptoms lessen over time. But during the early stages, Suboxone use may actually still resemble the abuse of more serious opioid drugs and be confused with them – something that often leads to drug testing.  Just like pure opioids themselves, this drug can be habit-forming, leading to Suboxone addiction.

Sometimes addicts are seen abusing Suboxone.  If enough of the Suboxone strips are placed under the tongue o dissolve, it can result in a high. Those involved with Suboxone addiction seeking a high tend to dissolve Suboxone strips into water to inject into themselves.  It is also not uncommon to see those with Suboxone selling their Suboxone to obtain funds for heroin or oxycodone.

It’s important to note that those who have an opioid addiction are often functional during the early stages of their addiction. But over time, long-term problems can develop. Identifying drug abuse can lead to help overcome the addiction, and for many, this may include Suboxone.

Learn more from National Drug Screening about the Suboxone drug test.  When ordering a drug test for Suboxone be very clear this is what you want and always include a request for expanded opiates. 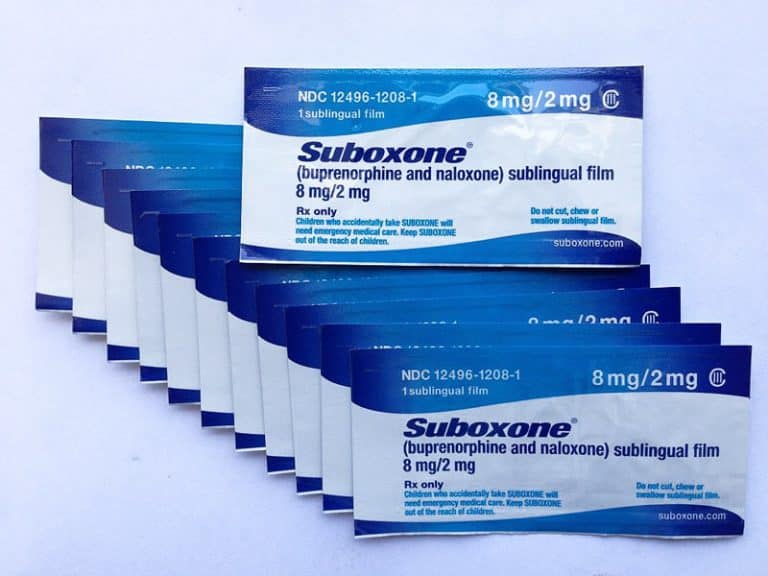 All Posts
PrevPrevious[Video Blog] – Meet Tom Fulmer
NextTragedy in Connecticut: An Example of the Dangerous Effects of K2 or Synthetic Marijuana (THC)Next