Vessels on our waterways used commercially are regulated by the United States Coast Guard (USCG) and require a licensed captain.  The captain and crew of these vessels are required by Coast Guard to have /product/dot-urine-drug-test-for-uscg-with-cg-719p/.  In fact, getting your Captain license requires you to get a drug test.  This includes holders of licenses who carry no more than 6 paying passengers on a commercial vessel often called a “Six Pack” License. Testing is also required also upon renewal of the Captains license.

For the Captains license initial drug test or subsequent periodic drug testing, it is important to utilize a professional provider that knows what is required.  Once the testing is complete, the medical review officer (MRO) must sign off on a US Coast Guard Periodic Drug Testing form (CG-719P).  You must then submit this form to the Coast Guard.  National Drug Screening works with mariners all across the United States providing the drug testing and completed CG-719P forms. Testing can be ordered online.  The only test allowed is the DOT 5 panel test – (SAMHSA 5 Panel, formerly NIDA 5): testing for Marijuana, Cocaine, Opiates, Phencyclidine (PCP) and Amphetamines.

Marine employers are required by the Coast Guard drug testing regulations to have a drug & alcohol testing program.  All crewmembers need to be a part of the program.  Civil penalty fines of up to $5,500.00 per day can be issued to the marine employer who fails to implement or conduct chemical testing for dangerous drugs or for evidence of alcohol.  The marine employer should look to a qualified and profession consortium/third party administrator (C/TPA) to provide the drug and alcohol testing program including the random drug testing consortium.  You will rely on this C/TPA to keep you in compliance with the drug and alcohol testing regulations.

In the marine industry failing a drug or alcohol test is serious business.  The crewmember must be removed from the safety-sensitive position and must start a return to work process.  A Coast Guard investigating officer will be involved and a process of counseling and follow up testing will keep the mariner out of work until the process is complete.  This is a lengthy and expensive process.

Drug testing for marine employers must follow the procedures set forth in 49 CFR Part 40, Procedures for Transportation Workplace Drug and Alcohol Testing Programs.  The employers must conduct testing for the following reasons: pre-employment, post-accident with a serious marine incident (SMI), random drug testing (no random alcohol), reasonable cause testing, return to duty testing and follow-up testing.

National Drug Screening (NDS) as a nationwide consortium/third party administrator (C/TPA) helps marine employers implement compliant drug and alcohol testing programs.  A written policy, employee education, and supervisor training can be provided.  Marine employees subject to the US Coast Guard drug testing regulations can be enrolled into the NDS Coast Guard random testing consortium.  These services can be set up in just a few days so that the marine employer can take care of other business and not have to worry about the drug testing program.  Immediate service is available at our drug testing centers, over 10,000 throughout the United States.

Read more articles on drug testing and the US Coast Guard 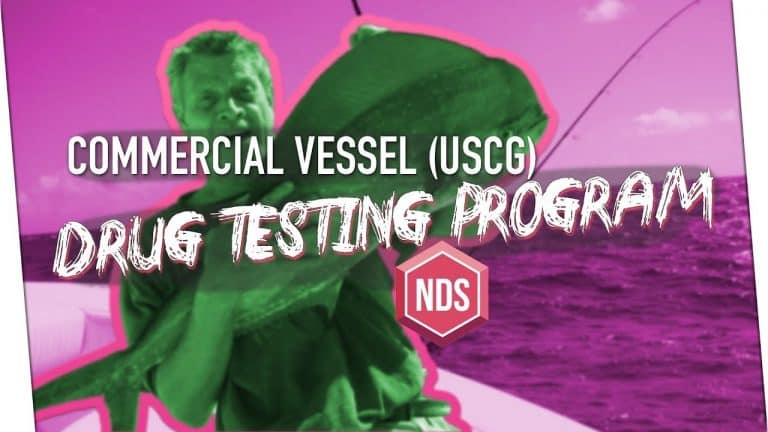