Set Up and Manage a Drug Testing Program

Many employers ask how to get started and what I do once I am set up for the drug and alcohol testing program.  The following is a brief summary of the steps involved.

Employers should first determine their needs and what they want to accomplish with drug and alcohol testing.  This is not often the case, many times we get a call and the employer says we need to start drug testing as soon as possible.  National Drug Screening can help a company start drug testing as soon as possible – yes we can set up a drug test to be done today if you call today.

National Drug Screening can provide assistance and write a drug free workplace policy and help you as an employer develop a comprehensive drug free workplace.  You can also do this yourself, a great resource to help you is the Drug-Free Workplace Policy Builder from the United States Department of Labor.  Another great resource is the Drug-Free Workplace Toolkit available from the Substance Abuse and Mental Health Services Administration (SAMHSA).  The mission of SAMHSA is to reduce the impact of substance abuse and mental illness on America’s communities.  SAMHSA is the agency within the U.S. Department of Health and Human Services that leads public health efforts to advance the behavioral health of the nation.

One you are ready to start drug testing you will need an account for the drug testing which when using National Drug Screening this account will bundle services of specimen collection, lab testing and review and reporting of the result by a Medical Review Officer.  For DOT testing the drug test will be a five panel, for NON-DOT testing there are multiple panels available.  Here are some examples:

Once your account is set up, there are some differences between DOT drug testing and Non DOT.  For DOT drug testing, the individual going for the test must have in their possession a five part custody and control form (CCF) for the drug test.  National Drug Screening will provide for their employer clients the five part custody and control forms (CCF).  The applicant or employee takes this form into the drug testing facility usually called a collection site or patient service center (PSC).

For Non DOT a five part custody and control form (CCF) can also be used but there is currently a much easier method.  The test can be ordered online and a 1 page order form often called a Donor Pass can be provided to the applicant or employee.  The online ordering of the drug test is efficient and eliminates many mistakes in the process.  It also enables for tracking of the drug testing process.  A test can be ordered in California for an applicant in New York to go into a facility for their drug test.

Drug tests results will come back to the employer after review by a Medical Review Officer (MRO) via e-mail or the employer can log on to the web based system www.mroresultsonline.com to access results.  The MRO is an important part of the drug testing process as many times the individual may be taking prescribed medications legally and the MRO deals with this situation.  Accurate drug test results that exclude positive results from people who have legitimate prescriptions and who are using such drugs in the prescribed manner ensure the integrity of a company’s program. MRO’s make that possible. The MRO protects the employer from exposure from liability.

Employment drug testing is typically done under the following circumstances:

So now you get a positive drug test result, what do you do now?   If the drug or alcohol test is negative that is great hire the applicant or move forward with the employee letting them know you are happy to see they are drug free.  If the drug test is positive, you need to refer back to your written drug free workplace policy.  For applicants the policy should be not to hire the individual; the offer of employment is rescinded.  For employees testing positive for drug or alcohol; depending on the specific policy, an employee who tests positive on a drug test may be referred for assistance, for disciplinary action (such as suspension or dismissal from work), or for both assistance and disciplinary action. Discussing the positive test result with the employee and possibly referring him or her for treatment are considered more common first steps. Of course, if the employee is in a safety-secure position, suspension or probation may be appropriate. And of course also for some companies the consequence for a positive drug test or alcohol test can be immediate termination of employment. 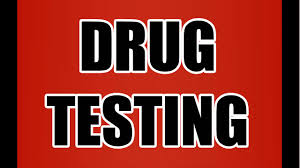