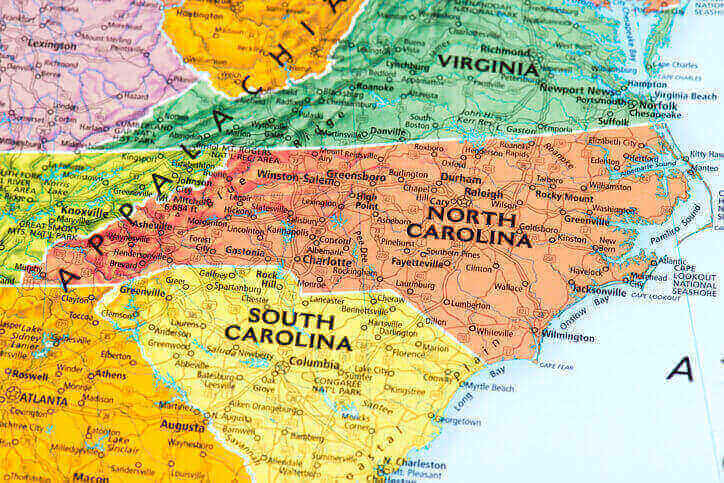 North Carolina is the home state of famous NASCAR drivers’ Dale Earnhardt and Richard Petty, but don’t let that make you go too fast on your drug testing policy. Making sure you outline all of your policies is important in every state, but especially in North Carolina. Here are some things to keep in mind if you’re an employer in the state of North Carolina»

North Carolina Employers
North Carolina employers are afforded the same rights as almost all employers in the United States. If you operate in the private sector, you can test whoever you want as long as it is compliant with the disabilities act. Random testing has to remain truly random and your policy has to be in writing for new and current employees to comply with. If you fail to establish your policy, there could be liabilities and insurance issues that arise with workplace accidents. When it comes to drug testing, it’s ALWAYS better to be safe than sorry!

2009 Court Case
In 2009, the North Carolina Court of Appeals ruled that suspicionless drug testing of school employees was a violation of the North Carolina constitution. North Carolina is not alone with this policy. States like Hawaii and Colorado have had similar cases in the past and both ruled in the employee’s favor. The reason why is that state constitutions tend to have more privacy protections than the United States Constitution.

Prominent Drugs in North Carolina
North Carolina does allow for the use of medical marijuana with proper paperwork, but it has not been legalized for recreational use. Like most of the country, a large portion of North Carolina positive tests are related to marijuana. The other prominent drugs include Heroin, Prescription Drugs and Methamphetamine. Positive heroin tests in North Carolina are slightly above the national average while stimulants like cocaine are slightly below. All in all, North Carolina is a fairly neutral and bland drug testing state. Private employers are free to test as they please as long as it is compliant with the law.

Drug Testing Near Me
National Drug Screening has drug testing centers in these North Carolina cities:

Here at National Drug Screening, we provide drug testing services for employers in all FIFTY states. If you’re looking for help in North Carolina, call 1-866-843-4545 or click around on our website for more Drug-Free Workplace information!