The Occupational Safety and Health Act (OHSA) as of August 10, 2016 will begin enforcing its new regulation requiring employers to have a “reasonable procedure” for employees to report work-related injuries and illnesses, and not to discriminate or retaliate against employees who report such injuries or illnesses.  OSHA wants to make sure employees feel safe about reporting workplace injury or illness.

Don’t panic, employers are still able to conduct post-accident drug testing, but company policies must be reviewed.  The OSHA rule does not prohibit drug testing of employees. It only prohibits employers from using drug testing, or the threat of drug testing, as a form of retaliation against employees who report injuries or illnesses. If an employer conducts drug testing to comply with the requirements of a state or federal law or regulation, the employer’s motive would not be retaliatory and this rule would not prohibit such testing.

OSHA says in the final rule that employer policies should limit post-incident testing to situations in which employee substance use is likely to have contributed to the incident, and used when the drug test can accurately identify the impairment caused by drug use.  The impairment statement from OSHA is a point of concern for both employers and the drug testing industry as there are currently no scientific methodologies to detect impairment from illegal drug use.  Perhaps a solution is to use lab-based oral fluid drug testing for post-accident situations because the oral fluid testing detects very recent drug use.

For example, it would likely not be reasonable to drug-test an employee who reports a bee sting, a repetitive strain injury, or an injury caused by a lack of machine guarding or a machine or tool malfunction.  Such a policy is likely only to deter accident reporting.

OSHA cannot prohibit post accident drug testing, but if they determine a policy or practice restricts an employer’s obligation to ensure that employees report work-related injuries and illnesses; this is where there could be a problem with OSHA.

Post-accident drug and alcohol testing should also be combined with a full investigation of each and every workplace accident. Employers should follow the tips below:

The policy should contain a statement that all employees are subject to drug testing and that a refusal to take a drug screen will result in a presumption that the test would have been positive. Furthermore, the drug policy should be signed by the employee and be universally enforced. If the policy is not enforced, the claimant can argue that no policy exists.  Post-accident testing requirements should be clearly explained.

Your drug free workplace program must have a training and education component. Employees and supervisors must know the policy, the consequences of violating the policy and the harmful effects of drugs/alcohol in the workplace. Supervisors must be able to make decisions for reasonable suspicion testing and must know the company policy inside and out.

If there situation aligns with the company policy for post-accident testing, arrange for the testing immediately to occur after any necessary medical attention.  Consider lab based oral fluid testing to detect recent drug use.

Take a Written Statement From an Injured Employee After an Accident.

If you suspect drug use by the injured employee, ask the co-employees whether they noticed any unusual behavior. Never discuss the results of any drug tests with the injured worker’s co-employees.

Have Drug Tests Collected and Performed by a Reputable Vendor.

A medical drug test performed for treating a patient is different from an employment drug test. The employment drug test procedure must follow company policy, Federal and/State law and specifically quantifies the drug and alcohol levels. Furthermore, the testing entity should follow the Federal guidelines the collection and testing procedures.

The injured employee will be entitled to reasonable emergency medical care until he is stabilized or discharged.

Do Not Encourage the Use of Alcohol.

Have a written policy against using alcohol, even in work- related activities. 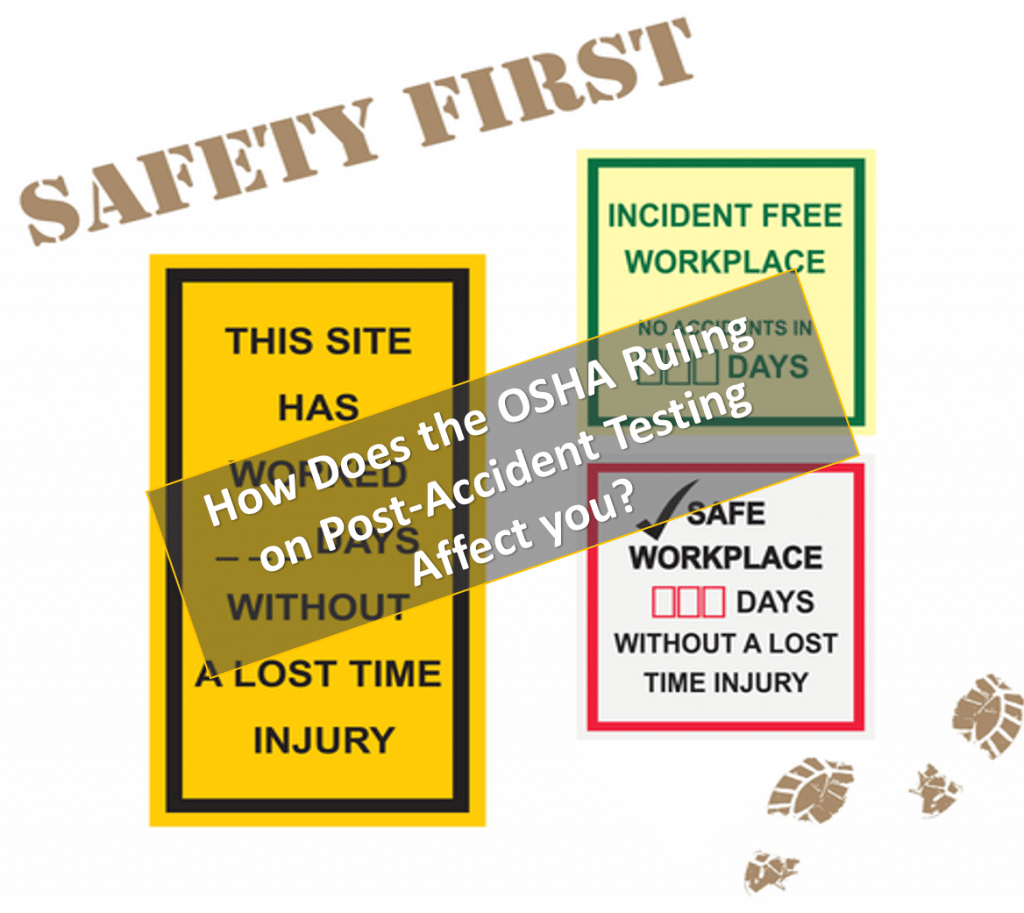