The New York Times editorial board opinion in its Sunday, July 27, 2014 edition that the Federal government should legalize marijuana for adults aged 21 years and older. The New York Times editorial board compares Federal marijuana policy to the failure of alcohol prohibition and advocates for legalization based on the harm inflicted on young African American men who become involved in the criminal justice system as a result of marijuana possession charges. We agree that the criminal justice system is in need of reform and that disproportionality exists throughout the system.  However, marijuana legalization is not the silver bullet solution to the issue.

In its argument, The New York Times editorial team failed to mention a cascade of public health problems associated with the increased availability of marijuana. While law enforcement will always play an important role in combating violent crime associated with the drug trade, the Obama Administration approaches substance use as a public health issue, not merely a criminal justice problem.

The editorial ignores the science and fails to address public health problems associated with increased marijuana use. Here are the facts:

The editors of The New York Times may have valid concerns about disproportionality throughout our criminal justice system.  But we as policymakers cannot ignore the basic scientific fact that marijuana is addictive and marijuana use has harmful consequences.  Increased consumption leads to higher public health and financial costs for society. Addictive substances like alcohol and tobacco, which are legal and taxed, already result in much higher social costs than the revenue they generate. The cost to society of alcohol alone is estimated to be more than 15 times the revenue gained by its taxation.[6] For this reason, the Obama Administration and the Office of National Drug Control Policy remain committed to drug use prevention, treatment, support for recovery, and innovative criminal justice strategies to break the cycle of drug use and associated crime. This approach is helping improve public health and safety in communities across the United States.

Research also indicates that policies making drugs more available would likely not eliminate the black market or improve public health and safety, as promoted by marijuana advocates. Reports from the nonpartisan RAND Institute found that the potential economic benefits from legalization had been overstated, citing that:

We are also keeping a close eye on the states of Washington and Colorado in conformance with the directive provided by the Attorney General in August 2013.

Any discussion on the issue should be guided by science and evidence, not ideology and wishful thinking. The Obama Administration continues to oppose the legalization of marijuana and other illegal drugs because it flies in the face of a public health approach to reducing drug use and its consequences. Our approach is founded on the understanding of addiction as a disease that can be successfully prevented and treated, and from which people can recover. We will continue to focus on genuine drug policy reform – a strategy that rejects extremes, and promotes expanded access to treatment, evidence-based prevention efforts, and alternatives to incarceration.

[3] Centers for Disease Control and Prevention, Department of Health and Human Services. Alcohol and Other Drug Use and Academic Achievement. 2010. Available athttp://www.cdc.gov/healthyyouth/health_and_academics/pdf/alcohol_other_d…

[5] Brady JE, Li G (2014) Trends in Alcohol and Other Drugs Detected in Fatally Injured Drivers in the United States, 199-2010,” American Journal of Epidemiology [Epub ahead of print]. 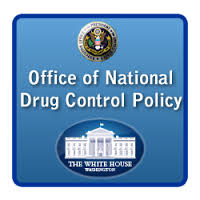