In Favor of Legalized Marijuana – Vote for Hillary

Your choice, your vote – what do you think about legalizing marijuana?

Hillary Clinton has stated she wants to “wait and see” the evidence in states legalizing marijuana for recreational use before taking a position. But wait, George Soros in December donated $6 million to the leading super PAC supporting Hillary Clinton’s presidential campaign, marking the return of the billionaire financier as among the biggest givers in all of American politics.

As you may know, Soros has spent at least $80 million on the marijuana legalization effort since 1994 Mr. Soros makes his donations through the Drug Policy Alliance, a nonprofit he funds with roughly $4 million in annual contributions from his Foundation to Promote an Open Society.

Mr. Soros also donates annually to the American Civil Liberties Union, which in turn funds marijuana legalization efforts, and he has given periodically to the MarijuanaPolicy Project, which funds state ballot measures.

If there is anyone who has financially backed drug reform across the globe, it would be George Soros. He played a large role in the legalization of marijuana in Colorado and Washington.

So will Mr. Soros call in a favor with Hillary Clinton on the marijuana issue on a Federal level, we sure hope not.  Bernie has said he would vote yes as a resident of a state considering legalization. For federal legalization, he has said that he supports ending the federal prohibition on marijuana, allowing states to opt for legalization if they so choose.

Employers in America need to stand up for their rights to implement and maintain drug-free workplace programs.  Unlike alcohol, there is no test for marijuana that shows current impairment.  Would you fly on a plan knowing that the pilot just smoked a joint?

Currently, Marijuana is still illegal under federal law, but in light of these new state recreational marijuana laws, employers must clearly communicate to employees that their workplace substance abuse and testing policies have not changed and still apply to marijuana use.  Under the Drug-Free Workplace Act of 1988 contractors are prohibited from allowing workplace use/possession, and U.S. Department of Transportation (DOT) employers may not accept recreational marijuana use as a valid excuse for a positive test result on a DOT drug test.

According to a September 2014 analysis by Quest Diagnostics, American workers are increasingly testing positive for drugs. Of the 8.5 million analyses of urine drug tests in the United States, marijuana continues to be the most commonly detected illicit drug, up 1.7% in 2013 from 1.6% in 2012. In comparison, Colorado positive test rates for marijuana were up 20% between 2012 and 2013. Washington positive test rates were up 23% for the same period.

One caveat is that, unlike alcohol, there is no test that can determine impairment or whether someone is under the influence of marijuana. Marijuana can remain in the body weeks after the intoxicating effects of the drug have worn off. Drugs affect individuals in different ways, but employers need policies that protect all employees. Therefore, the easiest way to address the issue is a zero-tolerance policy applied uniformly among all employees.

Employers need to step up and protect their rights to a drug free workplace, support the right candidates to preserve the Federal laws on marijuana. 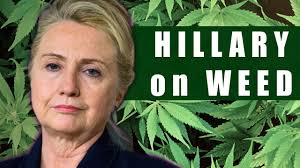