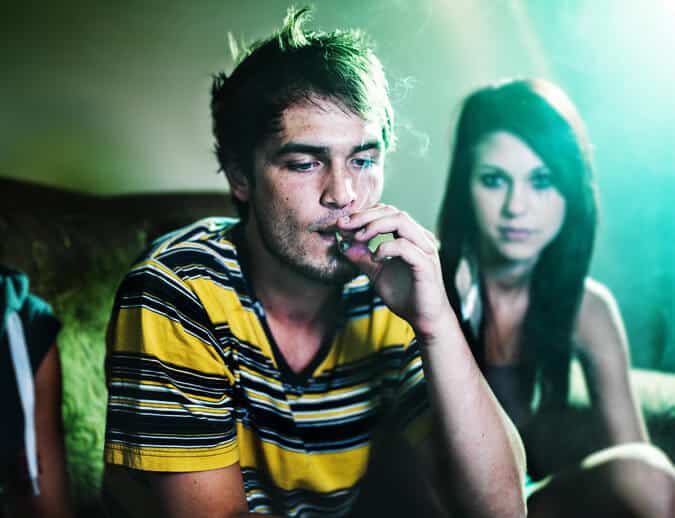 This is one of the most common excuses for a failed drug test. Over the years, scientists and researchers have done studies to try and see if there could be any truth to the claim. While it is highly unlikely, there are some scenarios where a non-smoker could test positive because of second-hand exposure to marijuana.

Scenario 1: The subject was recently exposed to the drug.
Again, it is highly unlikely, but if a person was exposed to marijuana within 24-48 hours of taking a test, they could produce a positive result. Studies show some second-hand smokers yielded a 20 nanogram per milliliter result after they were put inside a room with active users. But with further testing, researchers saw these THC levels drop below the threshold within a day of the initial test. Just to be safe, you should avoid hanging around active users when you know a test is approaching.

Scenario 2: The particular strain has a high potency.
THC is the chemical in marijuana that causes the psychoactive effects. As weed becomes more popular, sellers are starting to produce strains that contain more THC in an effort to attract more buyers. If you come into contact with more potent versions of the drug, the THC is more likely to enter your bloodstream. It will be for a very brief period of time and levels will be low, but it is not completely impossible for these strains to cause positive tests for non-active users.

Scenario 3: You are in close quarters.
All of these scenarios aren’t likely to cause a positive test, but it is good to proceed with caution. If you are around marijuana users in a car or small room, it is more likely that the drug is going to have some effect on your body. To be extra careful, walk away while a friend or group is using so that you have nothing to worry about.