This article explains and analyzes the Department of Transportation (DOT) Final Rule Published November 13, 2017.  The major revision to 49 CFR Part 40 DOT drug testing rules was the addition of expanded opiates or opioids to the DOT drug testing panel. Opioids are a generic term for synthetic opiates.

This analysis is provided by Robert Schoening, the former Drug and Alcohol Program Manager for the US Coast Guard.  The discussion shall include the new changes regarding expanded opiates and also additional provisions of the Transportation (DOT) Final Rule Published November 13, 2017. These rules took effect January 1, 2018.

The major changes and most important are the addition of more drugs in the Opiate Class.  This will harmonize with the Mandatory Guidelines (MG) recently published by Department of Health and Human Services (DHHS).  This includes the additional opiates and cutoff levels for screening and confirmation analysis.

For those readers that are not fully aware of the connection between DHHS and DOT/ODAPC, this is a requirement that is based on a Pubic Law passed in 1991.  That law is commonly referred to as OTETA (Omnibus Transportation Employees Testing Act).  There are many requirements in OTETA but the primary effects are that DHHS does all the scientific guidelines and then ODAPC must implement regulations for regulated employers based on those MG.

The first and most important of the changes are taking place in the testing panel.  The following Schedule 2 Opiates are being added: Hydrocodone, Hydromorphone, Oxymorphone and Oxycodone.

Why the change to the opiates panel is taking place should be well understood by all in the testing industry. The Secretary of Transportation had to answer the question of why the additional opiates are not on the testing panel at a Congressional Hearing.

A minor but significant change is the name change of “Opiates” to” Opioids”.  The drugs that are will be tested in the Opioids drug class are as follows: 6-Acetylmorphine (Heroin); Codeine; Morphine, Hydrocodone; Hydromorphone; Oxymorphone; and Oxycodone.

We see changes to these components of the DOT drug and alcohol testing regulation.

Additional changes other than the name change of “Opiates” to” Opioids” are listed below.  The drugs that will now be tested in the Opioids drug class are as follows: 6-Acetylmorphine (Heroin); Codeine; Morphine, Hydrocodone; Hydromorphone; Oxymorphone; and Oxycodone.

Another change is the requirement of blind specimens to be submitted by companies and Consortiums/Third Party Administrators (C/TPAs).  That is being removed as there is not a basis for keeping that requirement in place. The blind specimens that have previously been submitted have all met the target analyte.  In addition, all the split specimens that have been tested have not overturned the original test result. Those findings combined with the strict and rigorous laboratory inspection program by National Laboratory Certification Program (NLCP) shows that the Substance Abuse Mental Health Services Administration (SAMHSA) accredited laboratories are practicing high quality forensic testing and thereby justifies removal of the blind specimen submission requirement.

Another big requirement is the requirement to join the ODAPC List-Serve. All service agents will be required to enroll in the List-Serve.  The Final Rule states that there are over 60,000 subscribers. ODAPC noted that this service is free to all subscribers.  To ensure compliance all service agents are recommended to have a hard copy of the current 49 CFR Part 40.  When asked by a DOT Auditor the service agent can demonstrate compliance by showing the most recent List-Serve on a computer or “Smart” phone.

The issue of MRO practices and the use of word “Prescription” is discussed and to allow additional testing. The use of the term prescription has been in recent years loosely and wrongfully used, particularly with “medical marijuana. Marijuana is a Schedule I drug per the Controlled Substances Act (CSA).  A Schedule I drug has no medicinal value and therefor no prescription can be written.

Additional testing will be allowed for THC-v (Tetrahydrocannabivarin).  This is a chemical that is present in the marijuana plant material but is not present in Marinol.  This testing will be done when the MRO suspects that the donor is using marijuana and claims that they are taking Marinol.  It should be noted that the only labs that perform the testing THC-v are those that have been accredited by NLCP to do this testing.  Currently there are only two labs that can do this additional testing. The presence of THC-v is forensic evidence of use of Cannabis sativa (marijuana) plant material.

Another additional test that can be performed at the discretion of the MRO is for D-L stereoisomers of Amphetamine and Methamphetamine.  It should be noted for readers that the L-Form is a legal substance per the CSA and the D Form is illegal.  The L form is found in Vick’s inhalers and the D form is found in certain controlled drugs. The SAMHSA accredited laboratories are eligible to perform the D-L Stereoisomer analysis. Generally, if there is 80% or more of D Form that is indicative illegal use of methamphetamine.

The MRO is prohibited from questioning a prescriber (Physician) why a drug is being prescribed.  There are several reasons for this, but the primary reason is that the MRO is not giving the donor medical treatment, but the Physician is. The exception is that if the MRO believes that there is a viable alternative the MRO may consult with the prescribing physician and see if the drug can be changed.  The MRO if they believe that the prescription is outside of the limits of standard medical care they can refer the question to the state licensing board.

The huge issue facing MROs is “Medical Marijuana” and “recreational” use of marijuana.  Both uses are illegal in the Federal Drug Testing Program and the MROs are instructed to ignore all such claimed uses of marijuana, no matter what jurisdiction allows the use of marijuana for medical or recreational purposes.

The reader is urged to read the final rule about MRO duties and responsibilities and if necessary consult with their MRO if there are questions about the reporting drug test results when there are safety concerns.

The next subject of concern is fatal flaws and specimens that appear to be questionable. The Office of Drug and Alcohol Policy and Compliance (ODAPC) will add three new fatal flaws based on comments received. The additional “Fatal Flaws are:

2) two separate collections were performed using one CCF; and

3) there was no specimen submitted to the laboratory with the CCF.

ODAPC is going with what was proposed in the NPRM as no comments were received to address that issue.

For a shy bladder situation, the following will apply: If the employee has not provided a sufficient specimen within three hours of the first unsuccessful attempt to provide the specimen, the collection must be discontinued and noted in the “Remarks” line of the CCF (Step 2).  The DER must be immediately notified. Any previously collected specimen should be discarded to include any specimen that is “out of temperature range” or shows signs of tampering.

It should also be noted in the remarks section that the employee provided an “out of temperature range specimen” or “specimen that shows signs of tampering” and that it was discarded because the employee did not provide a second sufficient specimen.  This is a significant change, in the past the out of range or adulterates specimens were sent to the lab in the no specimen receive shy bladder scenario.

Another item to be noted is that National Aerospace and Space Administration (NASA) or their contractors are not part of DOT testing unless they have contractual employees who perform an ODAPC defined safety function. There has been some confusion in the past so that issue was requested to be clarified. Employees of NASA fall under the Mandatory Guidelines (MG).

Urine Only for DOT Testing

As the question has been asked over and over again; ODAPC has again made it clear that only urine specimens are the only specimens that can be tested in the DOT program. This means that point-of-collection instant tests, hair tests, and oral fluid tests are not presently allowed for DOT drug testing.  It is noted that ODAPC knows the DHHS is currently evaluating oral fluid and hair testing. When oral fluid and hair testing is part of the MG, then ODAPC will issue a Notice of Proposed of Rulemaking (NPRM) to amend 49 CFR Pat 40.

The Final Rule addresses DNA testing with the caveat that it is not allowed.  In addition, there was a recent Federal Court Ruling that upheld that determination that DNA testing is not permissible on DOT regulated specimens.

Substance Abuse Professionals (SAP) issues were addressed based upon comments received.  Those organizations who provide SAP credentialing services will be moved from being listed in 49 CFR Part 40 to the ODAC web site.  The reason for this is that there is greater flexibility and quicker updates.  The issue of grace periods for removal or being added to the list will be addressed on an individual basis.

There is some issue about the use of the DOT Triskelion or Modal Agency Names, Logos or other official branding.  This has been consistent problem for those service providers that use these logos, etc. to give the impression that they have been endorsed or recognized as official service providers.  This writer had this as a consistent problem when he was the Coast Guard Program Manager.  There are currently no TPA or consortium approval processes for any DOT drug testing programs including USCG and FAA.  DOT warns that a Public Interest Exclusion (PIE) could be instituted for chronic or habitual offenders.  This does not affect the use or copying of official publications for educational or training purposes.

DOT also made several editorial corrections to update and make certain terms current with 49 CFR Part 40.  DOT addressed the Appendices, but the major change was to move Appendix H to the ODAPC web site, so changes can be done more quickly and easier.  Appendix H contains the instructions for completing the Management Information System Data Collection.

ODAPC will make a separate page for the Alcohol testing devices that have been approved by National Highway Traffic Safety Administration (NHTSA).  This will make it easier for service agents to locate qualified devices instead of looking for the most recent Federal Register publication or wading through NHTSA web site.

Readers are advised to obtain a copy of the Federal Register printed on November 13, 2017. 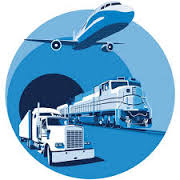