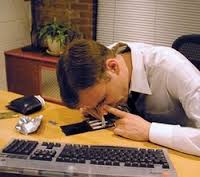 2013 – National Survey on Drug Use and Health: Summary of National Findings

As reported recently by Barry Sample, PhD, Director of Science and Technology for the Employer Solutions business unit of Quest Diagnostics; the Quest Drug Testing Index data showed a 5.7 percent increase in positivity rates (3.7 percent vs. 3.5 percent in 2012). While this is a modest increase, it is the first time urine drug test positivity rates in the combined, U.S. general workforce (GW), and federally-mandated, safety sensitive (FMSS) workforce have increased since 2003 (except for the increase in 2011 among the FMSS group related to cutoff changes effective October, 2010). Also, positivity rates in 2013 were at the highest levels across all three groups since 2007.