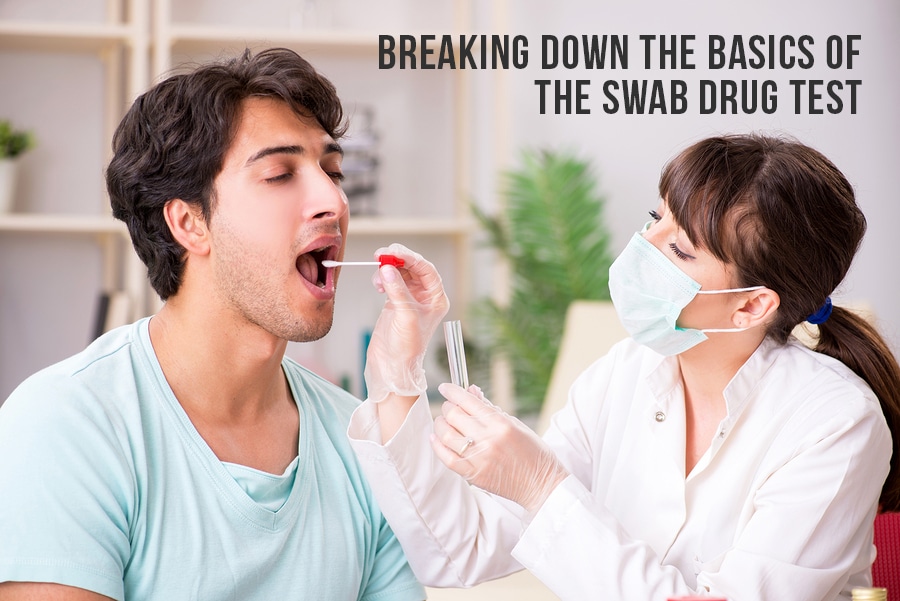 When most people think of drug testing, the first thing that comes to mind is urine or blood tests. However, there are other types of tests that can be used as well. Hair is one option, but one that is beginning to see more use is the swab drug test.

As its name might suggest, the swab drug test is a type of drug screen that uses a swab of the mouth. This gathers saliva, and then the saliva is tested to identify the presence of drugs in the test subject’s system. The test has several benefits including the following:

However, there is one key drawback to the swab drug test. Detection times are far more limited than with other types of drug screenings. For most drugs, the test can only detect drugs used 4 to 6 hours previous. In some cases, marijuana may be present for as much as 24 hours, but accuracy is greatly reduced.

Because of this limited testing time, these tests are primarily used for either random drug tests or for testing done immediately following an accident to determine if the test subject was under the influence when the accident occurred. Compared to urine tests, which look at whether or not a person is a regular drug user, the swab drug test simply identifies whether or not the drug has been used recently.

While they’re not a viable option for every situation, the swab drug test is indeed an option that works in certain scenarios and as such it’s worth paying attention to for business owners or others who rely on drug testing.