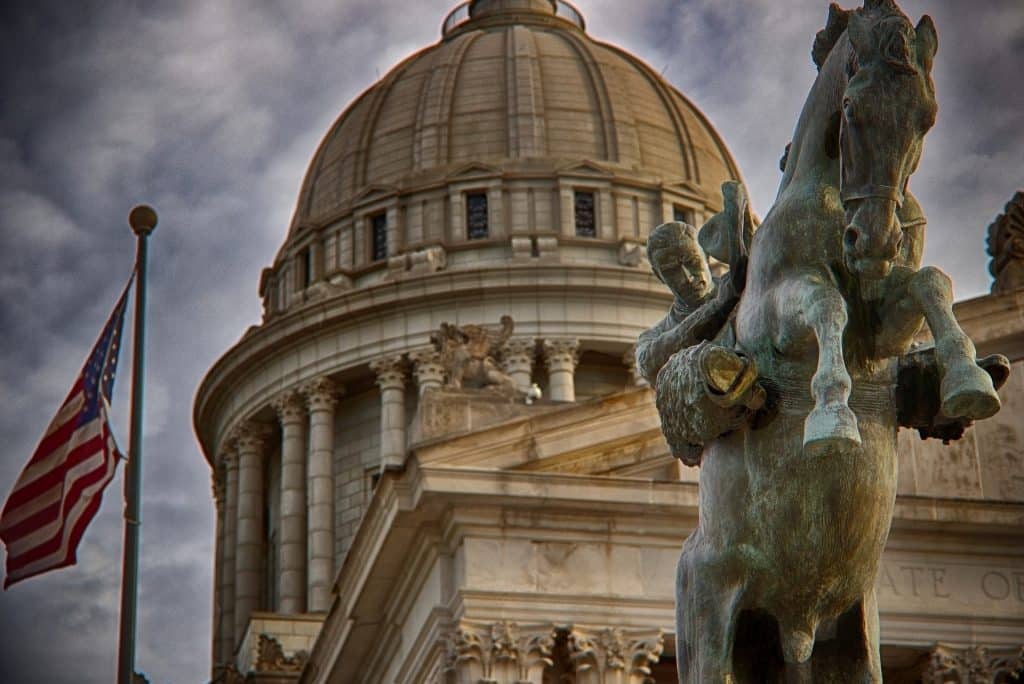 Walk-in clinics are available for drug testing, alcohol testing, and DNA paternity testing. Appointments are not necessary just call our toll-free number 866-843-4545 to get you set up for your testing visit.

Oklahoma businesses can count on national drug screening for a full range of training for supervisors, designated employee reps (der), and workshops that will help you implement a drug-free workplace program. Our National Drug Screening centers are available for walk-in pre-employment drug screenings and DNA testing.

Employers in Oklahoma may require applicants to take a drug test as a condition of employment and in addition following a workplace accident causing injury or property damage, along with random drug testing, for reasonable suspicion, as part of a routine fitness-for-duty exam, and as a follow-up to a rehabilitation program. employers in Oklahoma must follow strict laws for drug testing and a drug-free workplace.

Employers now look forward to a more employer-friendly drug-free workplace act. Some of the major changes include:

Examples include but are not limited to:

So many say it’s not true about denying a worker’s comp claim based on a positive drug test. Well, you don’t know unless you try it.  If you’re not doing post-accident testing or not doing it properly you may lose the opportunity to challenge an otherwise defensible claim. You have to conduct post-accident/injury drug/alcohol tests, and you must conduct those tests in accordance with rules for the state of Oklahoma.

FMCSA regulations 49 part 382 have very specific requirements for the following and these should be addressed in the company’s dot policy:

Drug-free workplace programs in Oklahoma must be written carefully in order to minimize exposure to liability. Drug testing cannot detect impairment. The word impaired or impairment should never be in your policy.  The policy should prohibit the illicit use of drugs. The employer is justified in taking adverse employment action based on illegal conduct.  You can “discriminate” against those who engage in criminal behavior.  drug testing needs to occur in order to deal with: off-the-job accidents, health-care costs, drug dealing, performance problems, attendance problems, and impairment on the job.  again, employers have the right to discriminate against those who break the law – simpler, less vulnerable to attack, a lower burden of proof:  “did he/she reliably test positive?” is the only issue.

The words “safety and health” should be in the first sentence of your substance-abuse-prevention policy.  Always state your company is committed to protecting the safety, health, and well-being of its employees and all people who come into contact with its workplace(s) and property, and/or use its products and services.  as illicit drug use poses a significant threat to this goal, your company is committed to assuring a drug-free working environment for all of its employees.  the “health, safety, and well-being” basis is the best justification for a substance-abuse-prevention policy.  remember impairment detection is not part of a drug-free workplace or drug testing.

Mobile drug testing is available in Oklahoma.  Our trained and professional collectors come to your workplace for onsite or rapid testing.  National Drug screening has an affiliate relationship with USA Mobile drug testing (USAMDT). Mobile drug testing can save you money. USAMDT is a national organization offering drug and alcohol testing throughout the united states.  the Tampa, Florida based company provides comprehensive and certified collector training to all of the franchise owners and their employees.  each local operation maintains a team of certified professional collectors (CPC).  this certification is from the drug and alcohol testing industry association (Datia).

Individuals in Oklahoma in Tulsa and in Oklahoma City looking for drug testing should look no further, one phone call to national drug screening and a test can be arranged immediately.  whatever you need a drug test for, we can help you today.  whether personal reasons, probation, parole, divorce, child custody, or other court-ordered programs we can help you get Your drug or alcohol testing set up today. Oder your drug testing today.  results can be sent directly to your probation officer, judge, attorney, or employer.

Boat captains needing a USCG mandated drug test can call today to get this required drug test and required paperwork finished within a couple of days. no waiting, no delays, results, and paperwork are returned back to you in just two or three days.

Order a drug test now from National Drug Screening, just one quick phone call.  How can i get myself a drug test, very easy, just give us a call.

For drug testing in Oklahoma for individuals for immediate testing, call now: 866-843-4545