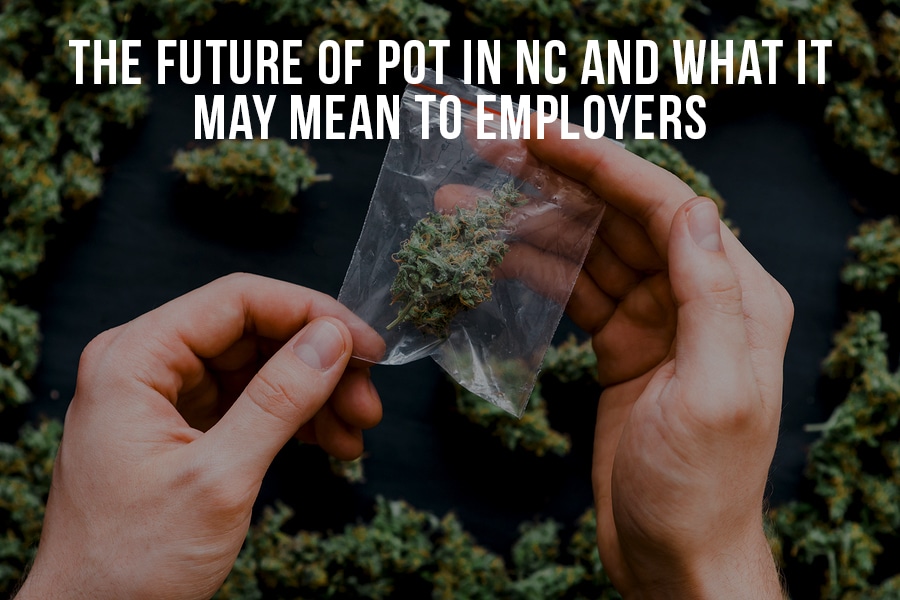 For the last several years, bills have been introduced into legislation in the NC government concerning this, but the most recent one seems to have the most traction. It’s unclear just yet as to whether or not Senate Bill 58 will allow residents to possess up to three ounces of marijuana for personal use and if passed could go into effect in July of 2019. NC voters can’t place a measure on the ballot, but a recent poll found that 80 percent of voters support legalization, placing huge pressure on the lawmakers in the state.

But while it’s still unclear as to whether or not this bill will pass and marijuana will be available in North Carolina, it is still a good idea for employers to consider what it may mean for them. Currently, the use of drug testing facilities for pre-employment drug screening as well as for random drug testing is widespread in the state. What will legal weed mean for this?

The law isn’t clear yet – or passed – but by looking at some other states that have already passed legalized marijuana in some capacity, we can draw some strong conclusions as to what rights employers will have.

• In most states, employers can’t discriminate against an employee due solely to their use of marijuana if it’s legal in the state. This means that they can’t refuse to hire an employee, fire an employee, or discipline them just because they fail a drug test for marijuana.

• However, this isn’t the case if the drug is being used at work, if the employee shows up to work high, or if the job in question is one that demands safety – operating heavy machinery, driving, handling dangerous chemicals, working in the medical field, and so on.

• Each employer can create their own drug and drug testing policy, but will have to keep the state laws in mind when they do so.