If you have a question about State Laws for employer drug testing programs, give us a call and we can provide the answer. We have a comprehensive section on this web site for State Laws For Workplace Drug Testing providing laws for drug testing in every State.

We also recommend the The On-Line Ultimate Guide to State Drug Testing Laws at www.StateDrugTestingLaws.com.

There are no two States in the US with identical drug testing laws.  Some States have statutes while others have no laws on the books.  Many States, even those without a statute, have case law that defines how drug testing can be conducted and under what circumstances.

State laws in drug testing have grown significantly over the past 30 years in the drug testing industry.  In managing both DOT and non DOT drug and alcohol testing programs, employers must consider State laws.  The Third Party Administrator (TPA) is often asked to provide assistance in determining what an employer can do or not do in regard to the drug testing program in regard to State laws.  For example, although DOT does not have any mandate about firing an employee after a positive drug test, there are some States where you cannot fire an employee for the first offense on a positive drug test.

In drug testing there are State laws that are voluntary and those that are mandatory.  Whoever heard of a voluntary law? Well, there are such things, even in the area of drug testing. A number of states have programs that offer special incentives to employers to conduct drug testing. If an employer chooses to participate in the State’s program, his or her company must comply with the drug testing requirements of that voluntary program.  For example, Florida offers a 5 percent discount on workers’ compensation premiums to employers who drug test in accordance with voluntary regulations provided by the State.  Outside of that voluntary program, employers are free to conduct drug testing as they wish, within reason and in compliance with any other applicable State laws such as workers’ compensation insurance or unemployment compensation laws.

Often asked, if a company has locations in multiple States, which State law applies? The simple answer is all of them. Some employers make the mistake of assuming that the law of the State where they are headquartered is the only one that applies when developing a drug testing policy. For multi-state employers with locations in many States it is necessary to comply with all of those laws. Generally, a well-written, researched drug testing policy can cover much of the legal requirements for each of the applicable State laws. But addendums to the base policy are often needed when the State law requirements differ from the content of a company’s policy. In this case an employer can add sate-specific addendums to the policy or, in rare cases, have a stand-alone policy for each State.

Employers are advised to pay attention to the State- laws for drug testing in which they do business with.  Expert assistance is available, call 866-843-4545. 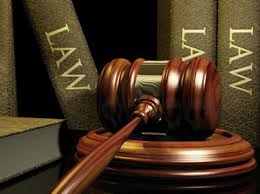