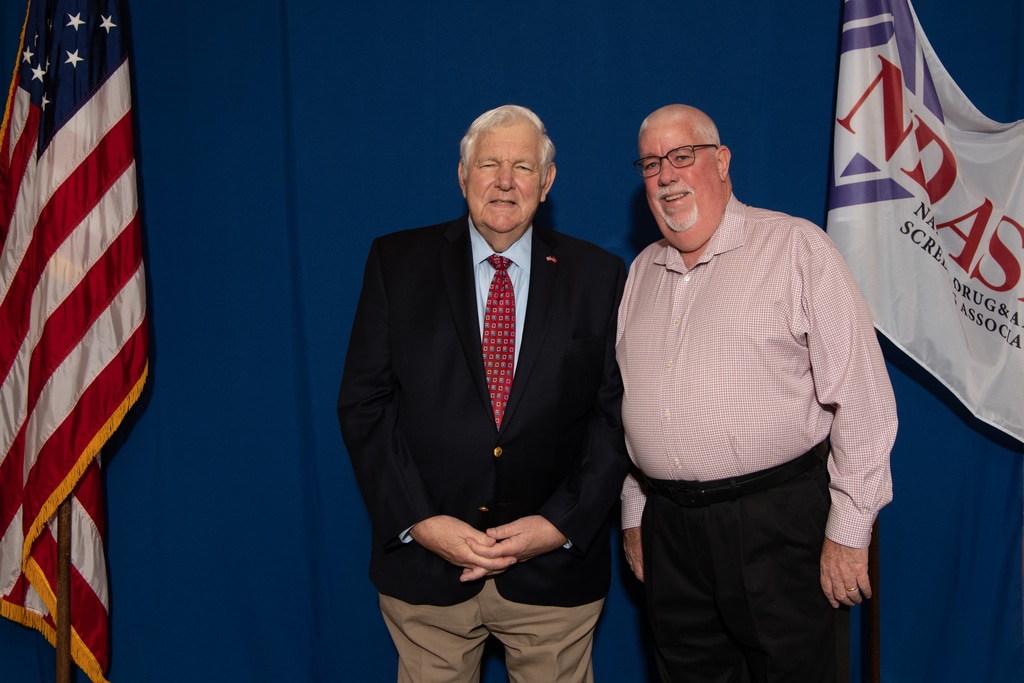 Last year at the National Drug and Alcohol Screening Association (NDASA) annual conference; the Honorable William J. Bennett (former Director of the Office of National Drug Control Policy) was featured as the keynote speaker.  This year (March 9 – 12 in Jacksonville, Fl), Mike Lindell a former crack cocaine addict and founder of the MyPillow business will be the keynote speaker. This year will also feature an appearance and talk from the current Miss America (Camille Schrier) who is promoting a platform of “Mind Your Meds: Drug Safety and Abuse Prevention from Pediatrics to Geriatrics.”

Last year at the conference held in San Antonio, Texas; Mr. Bennett the Nation’s first Drug Czar spoke to the audience about the expanding drug crisis in America.  Bennett talked about the opioid crisis and the dangers of legalization of marijuana.  Frustration was expressed regarding politician’s reluctance and inability to deal with the drug crisis particularly during the Obama administration.

Potential legalization of marijuana, medical marijuana, recreational marijuana and employers’ rights to maintain a drug free workplace will be prominent on the agenda.  Information will be gathered for any updates to National Drug Screening’s newly published Workplace Considerations For Marijuana Use.  This is a current state by state guide to state laws and considerations regarding marijuana use in the workplace.

The National Drug and Alcohol Screening Association (NDASA) is a trade association for the drug testing industry with a mission “ To advocate for safe and drug-free workplaces and communities through legislative advocacy, education, training and excellence in drug and alcohol screening services.”

National Drug Screening is a third-party administrator (TPA) for drug and alcohol testing services for employers.  Company president Joe Reilly with 26 years in the industry is considered a leading expert in workplace drug testing.