Morgan spent many millions of dollars in the push to get the medical marijuana amendment approved. In2014 his efforts failed to get the voter support required to pass but his second effort in 2016 was easily approved with 71 percent of the vote. This lawsuit should definitely be a concern for employers as he has now made clear that legalizing the smoking marijuana is his goal and not just for medical marijuana. He has gone as far to state, that if the state does not capitulate, that the “new marijuan industry” will in his words “bankroll a constitutional amendment to put recreational marijuana on the ballot … and I believe it will pass with 60 percent of the vote.”

This continues the trend we have seen in other states where the first push is medical marijuana followed by the push to legalize recreational marijuana. Many of these states have gone on to pass legislation essentially creating a protected class of marijuana users leading to significant burdens on employers and on the states where it is legal as well as the surrounding states.

Other groups have begun to weigh in on the lawsuit including Smart Approaches to Marijuana, a non-profit, non-partisan organization that promotes federal funding of marijuana research. The organization described the lawsuit as “nothing more than a smokescreen designed to bypass the FDA and open the doors to a new for-profit, retail commercial marijuana industry in Florida.”

Dr. Kevin Sabet, president of the group, went on to state, “There’s a reason why every single major medical association opposes the use of the raw, smoked form of marijuana as medicine: Smoke is not a reliable delivery system, it’s impossible to measure dosage, and it contains hundreds of other chemical compounds that may do more harm than good”.

Executive director of the anti-marijuana group, Drug Free America Foundation, also criticized the lawsuit. “While not perfect, the legislation succeeded in finding a balance that protects the public health and safety of all Floridians while allowing the legal access to marijuana that was approved by voters,” stated Calvina Fay.

Governer Rick Scott’s office has not commented at this time, simply stating the lawsuit is being reviewed.

If you have not reviewed and revised your drug free workplace policy recently, we encourage you to do so and be certain to address the use of medical marijuana which is especially an issue with those in safety sensitive positions. 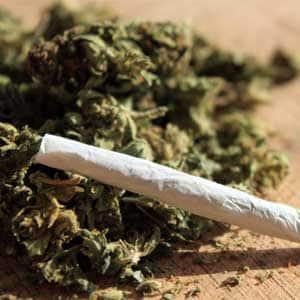