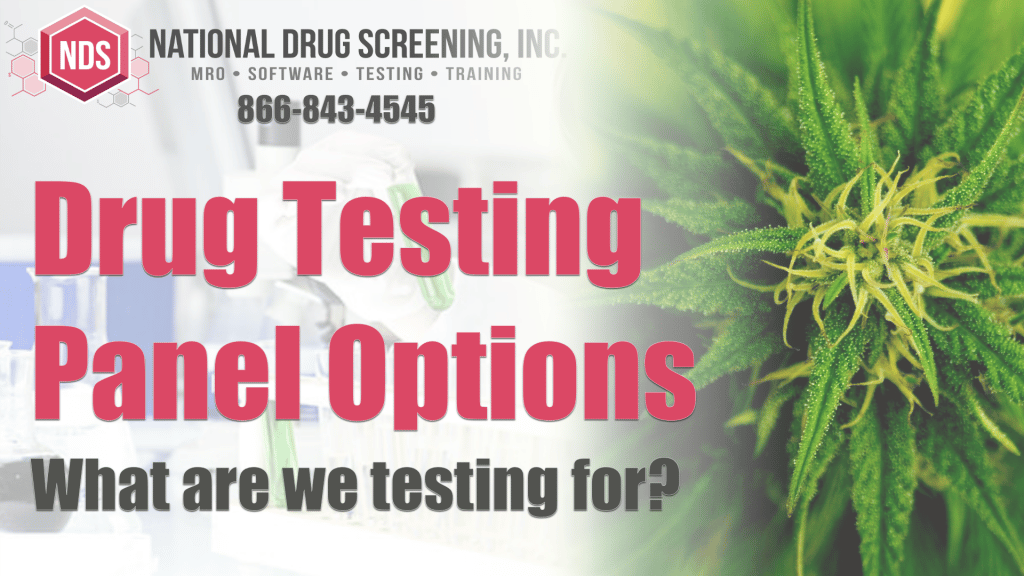 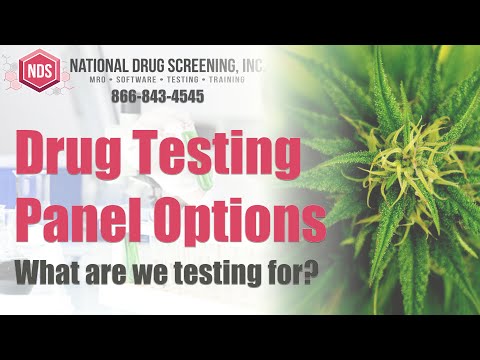 What are the common drug testing panels and what substances do they test for?

Watch the video for all the details and full explanations of each panel.

See the the breakdown by panel and what is included for each on our drug testing menu.

The most common drug testing panels are the DOT 5 panel drug tests and then the non-DOT panels: 5 panel and 10 panel.  As of 2020 most employers would add expanded opiated to the 5 or 10 panel which adds hydrocodone, hydromorphone, Oxycodone and Oxymorphone.  These panels with the expanded opiates are often called DOT Like panels at the DOT testing now always includes the expanded opiates.

Occasionally we get a request for just a marijuana test or just a cocaine test. It is far less expensive to order the 5 panel drug test rather than a single drug. The 5 panel would include Cocaine, Marijuana, Phencyclidine, Amphetamines (including methamphetamines) and Opiates.  If you’re looking for synthetic opiates always ask for expanded opiates or opioids.  Note that alcohol is not included in standard drug test panels unless specifically asked for. It is not recommended to test urine for alcohol for workplace testing.

All of our drug test panels with urine specimens or hair specimens can be ordered online.