Why Workplace Drug Testing is Essential in 2022

Due to increased drug use in America, more and more employers are realizing the need for workplace drug testing and drug free workplace programs. Drug testing can save money.

Throughout 2021 and 2020, workplace drug testing has been a hot topic and it will only get hotter as we move into 2022 especially with more legislation to legalize the use of marijuana and other drugs.  We have seen an increase in positive results in the private sector especially since the legalization of marijuana in many states. Increased stress from the Covid-19 pandemic is causing more use of illicit drugs and abuse of alcohol.

The latest Federal government statistics from 2020 showed that among people aged 12 or older, the percentage who used illicit drugs in the past year was 21.4 percent or 59.3 million people in the United States.  Bigger increases are expected for 2021 due to the pandemic. A trend study in October of 2020 from Quest Diagnostics indicates that misuse of fentanyl, heroin, and nonprescribed opioids are on the rise, potentially due to the COVID–19 pandemic’s impact on healthcare access and support for individuals most at-risk for substance use disorder.

Currently, there are no federal laws that mandate drug testing in private sector workplaces. Department of Transportation (DOT) regulated employers are required to have drug & alcohol testing.  Also, the Drug-Free Workplace Act does impose requirements on federal contractors and those receiving federal grants.  To add to the confusion, most individual states have passed their own laws on drug testing that sometimes conflict with federal regulations.

As Americans become less opposed to legalizing marijuana and other drugs, those conducting workplace drug testing will need to adapt in order keep up, maintain compliance, and protect their employees, customers, and company. This includes updating policies, supervisor training, and providing employee education and resources.

So why do we need to do drug testing?

Whether an employee is operating machinery at a manufacturing plant, driving a forklift, or stocking shelves at a grocery store, being under the influence of drugs or alcohol endangers the employee and those around them. By conducting drug testing, employers are fostering a safe work environment for their employees and for themselves

Workplace drug testing makes the stakes of drug use or alcohol abuse even higher. Thus employees will be less inclined to use drugs if they know it could threaten their employment. A random testing program is a key component in making drug testing truly effective. If the employee knows they may be tested at any time, they will be less likely to do drugs. According to the Office of Health and Safety Services (OHS), ongoing employee drug testing lowers the number of employees who test positive.

Employees who are injured on the job or fired because of drug-related incidents will not be entitled to compensation and will be less likely to file suit against their employer. By testing employees for drugs, employers are helping protect their company from liability, potentially lower workers comp costs and even premiums (in some states), and could be saving money in the long run from lost productivity and turnover.

Myth: Drug Testing costs too much. There are a variety of Drug testing options available and they can cost anywhere from $5 to hundreds of dollars per test but the range for a lab standard 5 or 10-panel urine drug screen is typically between $30 to $60. For small companies, this may seem like a lot and for a company with many employees, the cost of drug testing can add up.

Fact: The direct costs are much easier to quantify, but the unseen costs of not having a drug and alcohol testing program can be and often are dramatically higher due to lost productivity, increased insurance costs, liability exposure, turnover, and internal conflict.

Myth: Drug tests are an invasion of employees’ privacy. Some people believe that so long as employees are not coming to work under the influence, many argue that employers should not care what an employee does on their own time. Additionally, some employers make someone observe the employee during the drug test to assure that no tampering occurred.

Fact: The truth is those who abuse drugs do have a negative impact in the workplace even when not directly under the influence. This does vary by the type of drug and the individual but can include mood swings, paranoid behavior or aggression, theft to support their habit, and much more. They are also statistically more likely to miss work, be less productive, and take more sick days. Addictive drugs are just that…addictive, and they have life-altering consequences at work and at home. Also, direct observation, which could be embarrassing for a urine drug screen, is typically done only after a person is caught cheating on a drug test or there is evidence that cheating occurred. Other tests like oral fluid, hair, breath tests do not create an embarrassing environment for those being tested.

Fact: Drug use is drug use. Either you do it or you do not. One time use is a problem; habitual use is an even bigger problem. Drug testing in 2020 is highly accurate and there are numerous ways to insure validity of the testing being done. There are also different detection time frames for different tests. For instance, a typical hair test can look back up to 90 days of drug use, a urine test 5-8 days, and an oral test may only be a couple of days. The time is takes to show up is different in each as well. This is why having the right testing in place is so important.

With all the changes and proposed changes to legislation and rules relating to drug testing, it is going to be essential moving into 2021 to make sure that your drug testing policy, procedures, and training are updated and meet best practices. Also, when companies institute a drug testing policy those that are drug users and abusers will likely not even apply as they know there is a drug test. This means that companies that don’t have a drug testing program are at a greater risk or getting applicants that may be drug users thus exposing them to greater liability as well as productivity and safety concerns.

Now is the time to get your drug testing program in place as it will be much less costly to do it before the problems arise. There are some additional incentives in some states such as reduced insurance costs and workers compensation discounts. National Drug Screening (NDS) can not only assist with setting up pre-employment, random testing, reasonable suspicion testing, and post accident testing, but NDS can also assist in providing a workplace policy, reviewing your current policy, DOT Compliance, and supervisor and DER (Designated Employee Representative) training.

To Set up a drug testing program or review your current program, contact National Drug Screening at 866-843-4545. 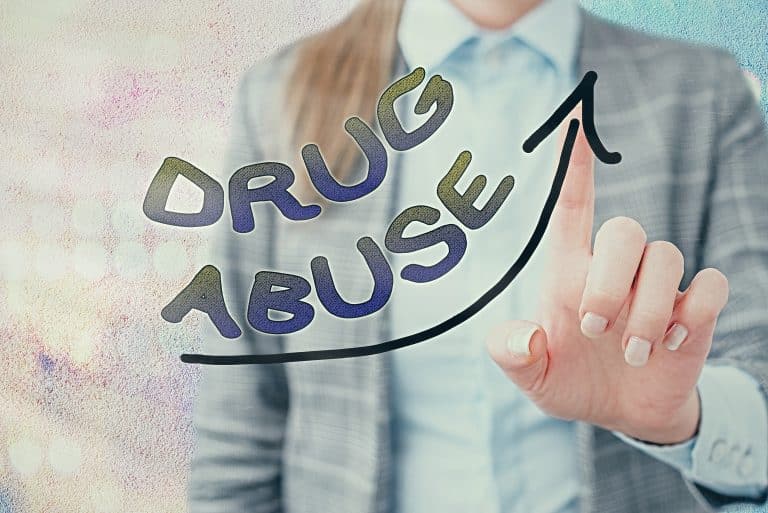