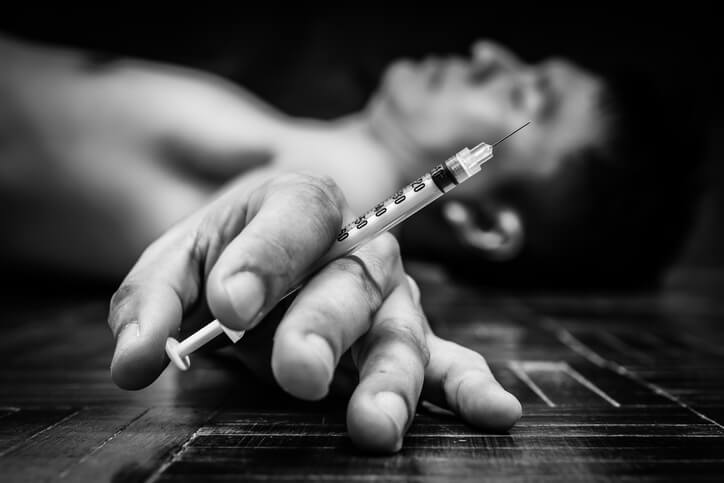 Drug overdoses, both intentional and unintentional, are happening more frequently than ever in the United States. 2014 brought the highest amount of overdose deaths ever recorded and it left parents, law enforcement officials and friends searching for answers. The problem lies with the inability to determine the type, amount and potency of the substances that are bought and sold on the street. For example, a particular gram of heroin might have a certain effect on a user. The next time they buy that same gram, it could have a higher potency or contain foreign substances unbeknownst to the user.

After a person has overdosed, they are no longer capable of helping themselves. It is up to the people around them and the first responders to know exactly how to handle the situation. Here are some of the more common drugs involved in overdoses and the the symptoms that they cause.

Heroin Overdose Symptoms
Around 60% of the deaths caused by drug overdoses were related to opioids like heroin. For some perspective, more people died from overdoses in 2014 than car accidents and gun violence, so that is no small number. If you are in the presence of someone who has overdoses on heroin you could look for the following symptoms:

Understanding the symptoms and identifying them to first responders could mean the difference between life and death for that individual.

Cocaine Overdose Symptoms
The severity of a cocaine overdose comes down to the type of cocaine that was consumed. If it was crack cocaine, the body absorbs it faster and the effects can be more traumatic. A mild overdose could come with nausea, hyperventilation and restlessness. But the more serious symptoms include heart attack, stroke and respiratory failure. Again, some of the more serious overdoses are caused by the unexpected purity of the substance being consumed.

Methamphetamine Overdose Symptoms
The danger with methamphetamine overdose is that it can sometimes have a delayed reaction. A person might ingest the drug and not feel the effects right away. This causes them to take more than their body can handle and over a period of time, they will begin to experience overdose-like symptoms. These include:

At National Drug Screening, we are more than just a drug screening service. We have entrenched ourselves in the entire drug landscape and we want to make a difference in the fight against drugs. We offer Drug-Free Workplace consultation and training on identifying drug users in the workplace.