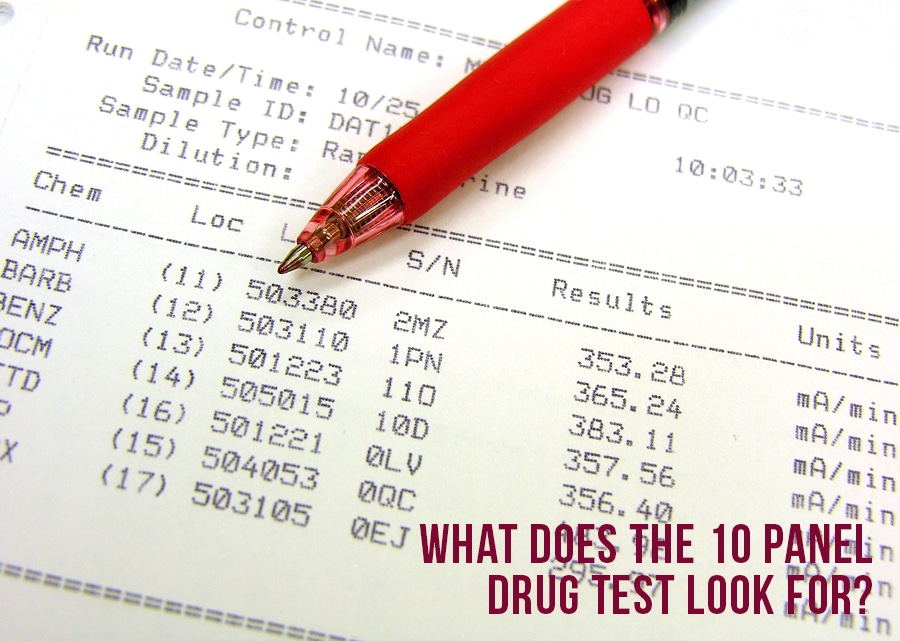 Drug screenings are the new norm, with countless reasons that they occur. Whether it’s following an accident, as part of a probation or child custody order, or just to prescreen employees before they are hired, drug tests are something that often play a major role in the lives of those who are involved.

But which type of drug screen is the best in your situation? How many drugs do you need to look for? While the standard option is a four or five panel test looking for the most common drugs that are used today, a 10 panel drug test is an option that some will need to consider just because of how in depth it can be.

So what does a 10 panel drug test screen for, exactly? These tests are usually used in situations where jobs involve dangerous work or their work will have a direct impact on the safety of the public or of others in the area. Civil servants, law enforcement, medical professionals, and others are those who will generally need to pass these tests.

In general, a standard 10 panel drug test will look for the following drugs:

But, it is important to remember that there is no set rule on which drugs the test will look for. Those who are ordering or paying for the test can actually adjust the list to include or exclude specific drugs that they wish to be added or removed.

Additionally, you will need to determine how you want the test to be administered. For example, a urine test is a more affordable option that is still accurate, but won’t be able to test as far back in the person’s history as a hair test. Hair tests will cost more, but can be more accurate.

The bottom line here is that you need to pay careful attention to what you want to test for and how to collect the samples. While it’s not always needed and a 5 or even 7 panel test may be a better, more affordable and reasonable option, the 10 panel drug test is still something that is worth considering and that could provide a huge amount of relief from employers since it will let them know that their employees are completely drug free and that they won’t bring that stress to the workplace at all.