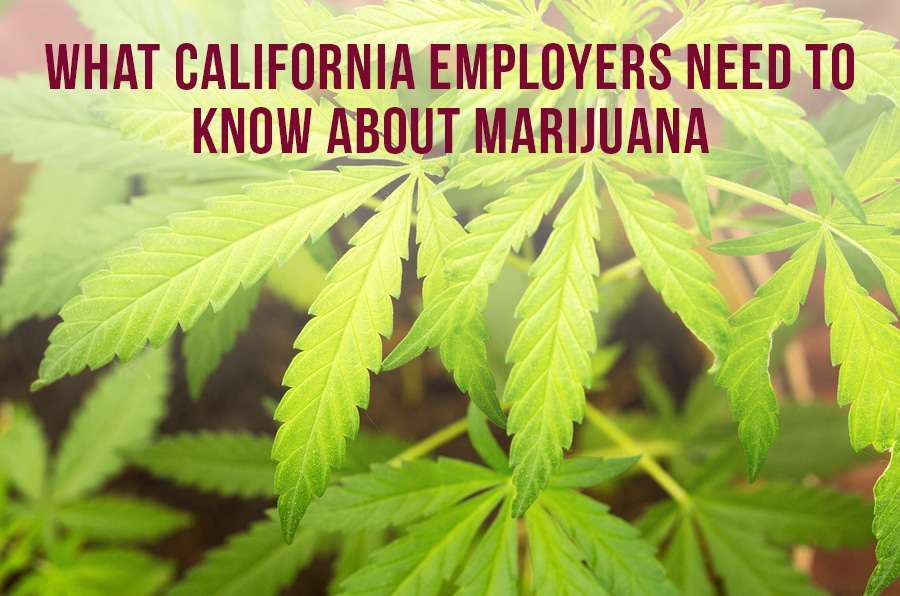 Marijuana reform essentially began in California, more than 20 years ago. Most people don’t realize it, but medical marijuana has been legal in the state since 1996, when California was the first to pass reform laws. And of course, California led the way in legalizing recreational marijuana use as well, essentially allowing its citizens to use the drug if they wanted as long as they abided by some basic regulations.

But what many don’t realize is that while basic marijuana laws are clearly defined, the laws largely ignore employment related aspects of using the drug. In short, ever since its initial law for medical marijuana passed over two decades ago, the use of the drug by employees has still remained something that is in a kind of limbo.

California doesn’t have explicit workplace protection for employees. And in 2008, the state Supreme Court ruled that employers were allowed to reject a job candidate due to failing a 10-panel drug test for marijuana – even if it was for medical use and a prescription was available. And over the years multiple attempts to reform this law have failed dramatically. In short, employers have more control over the workplace in California than in many states that legalized weed after them.

That doesn’t mean that employers can simply do what they please when it comes to marijuana testing, of course. Instead, you’ll need to begin by creating a very clear drug policy that all of your employees review and sign. This way you have the right to follow your own policy accordingly. But, be sure that all of your policies adherer to state guidelines and regulations to ensure that you don’t’ fall into noncompliance.

Of course, whether or not your business uses a 10-panel drug test for marijuana is entirely up to you. Some employers may find that doing a drug test in California for marijuana means that their ability to hire is limited. But on the other hand, some workplaces simply have no room for an employee that is under the influence of anything.

California has some of the most liberal marijuana laws in the nation, but having a good drug testing facility on your side is still in the best interest of any business owner. You do have rights – more than you might realize.

What Drug Tests are Individuals and Employers Ordering?