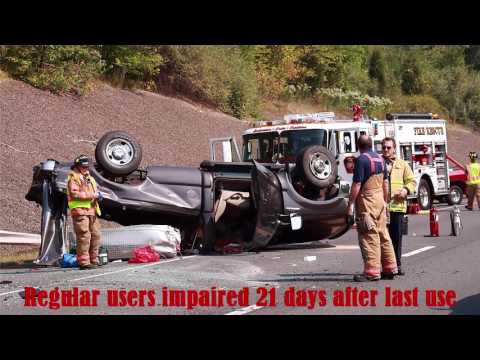 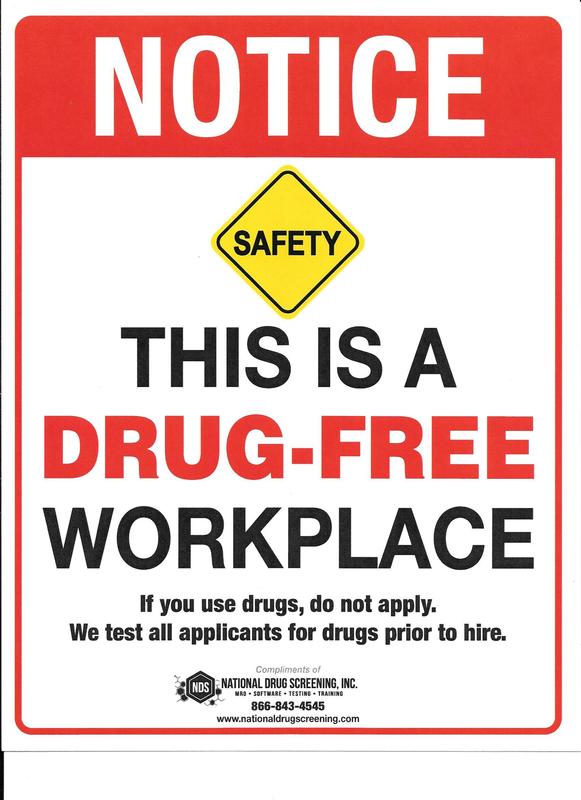 Since a few states have legalized possession of small amounts of marijuana, you’re now thinking about dropping marijuana from your drug testing program at your company or even dropping drug testing altogether? Here are some things you might want to think about first.

Many employers must test for marijuana and hold those who test positive accountable under federal government mandates. These federally mandated drug test are required by millions of workers including commercial drivers, air line pilots, flight attendants, railroad engineers and conductors, workers in nuclear power plants and many others in safety-sensitive positions.

Additionally, numerous employers in every state use federal funds for a wide variety of projects. Acceptance of federal funding requires compliance with the drug-free workplace act. The undisputed fact is that marijuana remains illegal under federal law and the workplace drug prevention programs including workplace drug tests. Protect the health and safety of all employees as well as the productivity of the workforce. Occupational safety and health administration OSHA regulations and their state counterparts require employers to provide a workplace free from recognised hazards in what is commonly referred to as the general duty clause. Workplace drug testing policies support essential workplace safety and productivity standards for employers as well as employees.

If you are a subcontract you are already aware that many and most general contractors require that you have in place a drug testing program that follows the federal standards and that includes testing for marijuana. The state Supreme Courts in Washington, Oregon, California, Montana and Colorado have ruled that employers can terminate employees who test positive for marijuana even if they have one of those so-called medical marijuana cards or letters. Decisions in lower courts and in other states have almost always sided with employers who want to have a drug-free workplace.

While many people have tried marijuana only about 8% of the population are current users of marijuana. With the largest group being young males in the 18 to 25 age range.

Marijuana is a drug of abuse that can produce addiction and symptoms of withdrawal. But 9% of marijuana users develop an addiction to the drug. Seriously, most of the applicants out there don’t use illegal drugs. We can help you with procedures and policies to help you find drug-free applicants and workers.

Over 61% of Americans aged 12 and older with a substance use disorder for drugs other than alcohol are dependent on or abuse marijuana. Making it by far the most prevalent illicit drug of abuse in the country.  More Americans obtain treatment for marijuana than for any other illegal drug.

There is a strong association between marijuana use and diminished lifetime achievement, motor vehicle crashes and symptoms of chronic bronchitis. There is also a relationship between marijuana use, abnormal brain development, progression to use of other drugs, schizophrenia, depression and anxiety. Think about what that will do to your health insurance premiums.

Short-term effects of marijuana use include impaired short-term memory, impaired motor coordination, altered judgment and in high doses paranoia and psychosis. Recent research has shown that chronic marijuana smokers are measurably impaired on tasks related to driving, critical tracking and divided attention at least three weeks after their marijuana use stopped.

Employees who test positive for marijuana have 55% more industrial accidents, 85% more injuries and absenteeism rates that are 75% higher than those who test negative on pre employment tests.

Nationally, marijuana remains the second most cited drug after alcohol in car crashes. In a study of seriously injured drivers admitted to emergency rooms more than quarter tested positive for marijuana. In California, there are more drug drivers on the roads than drunken drivers. Marijuana related highway crashes increased 100% between 2007 and 2012 in Colorado where the legalization of medical and recreational marijuana has made the drug available to more people. Think about what that would do to your workers’ comp, liability and vehicle insurance costs.

Extensive research shows the substance abusing workers are less productive than workers who do not abuse drugs. Overall the lost work productivity including absenteeism and poor job performance associated with substance abuse accounts for more than two-thirds of the total 193 billion that drugs costs employers and the nation annually.

The National Institute on Drug Abuse has cited several studies linking employee marijuana use with increased absences, tardiness, accidents, workers’ compensation claims and job turnover. Think about what that would do to your company’s productivity.

A 2012 scientific study finds that using marijuana regularly before age 18 result in an average IQ of 68 fewer points at age 38 compared to those who did not use marijuana before age 18. This astonishing finding was still true for those who regular marijuana-using teens who stop using after age 38. Really do you want to hire people with less intelligence?

If you don’t test for marijuana the word was spread rapidly there are even websites that sell marijuana users which companies don’t test, “pot smokers welcome here.” Your competitors who do test will be glad to send their rejects to you. It helps keep their unemployment insurance premiums down. This is maybe why you’ve already seen an increase in marijuana positive tests.

What will your customers think when they hear that you don’t care if you employees smoke pot. That rumour will get around quickly. Don’t be surprised when one of your clients says, “I think I now understand why your company failed to do the job you agreed to do.”

If you going to hire marijuana abusers anyway can you afford the liability risk? Think about this. It is well-established that the use of marijuana can impair a worker. Not just for a couple hours after using but the effects can last for 24 hours or more even up to 21 days after the last use for chronic smokers.

Attorneys know this and can find expert witnesses to testify in a lawsuit. Let’s hope that it never happens. But what if one of your new impaired pot smoking workers causes an accident that results in serious injury death or extensive damage to the environment. Let your imagination run. What is the worst thing that he could possibly do? If you knew he was using illegal drugs you can even be held liable for an accident he caused on his way to work in his own vehicle.

For example, the Washington state Supreme Court and many other courts have held that employers’ have a duty to prevent foreseeable injuries. The authorities will demand a post-accident drug test.  When his test comes back positive for marijuana his coworkers, friends and all sorts of folks who knew him. Will come out of the woodwork to report that he was an accident waiting to happen because of his well-known drug use. Expect the several previous employers will report that they had fired him because of his drug use in related accidents and so forth. You may know comp at a minute find yourself in the witness box trying to defend your company in a negligent hiring or negligent retention lawsuit.

Now, think about this. How are you going to explain to the 12 gray-haired jurors why you thought it was okay to hire marijuana users. Finally, since marijuana users describe the state of being high with the words such as stoned, high, waisted, baked, fried, cooked, toasted, burnt, dazed, bent, couch locked,   useless and wrecked. Why should we change our drug-free workplace policy in order to increase the number of people in this state of mind working here?

For more information or help in keeping your workplace drug-free, safe and productive contact us today.