A new study by the National Safety Council states that Oklahoma is one of the worst states in the nation at protecting its’ citizens. The National Safety Council recently released its “State of Safety” report which rates how all 50 states, and the District of Columbia, protect their residents. Oklahoma and 10 other states received failing grades based on road, home and community and workplace safety.

Preventable deaths in the United States are at an all-time high. There are 40.6 million serious, preventable injuries and over 146,000 fatalities each year, with more than half occurring at home. Preventable injuries cost society more than $850 billion each year, not to mention human costs which cannot be quantified. Most Americans worry more about headlinegrabbing tragedies rather than common, everyday events like car crashes, falls and prescription drug overdoses that take hundreds of lives each day. The report states that “No state goes far enough to protect its residents from the leading causes of preventable deaths and injuries – commonly known as ‘accidents'”.

According to the Safety Council, the report “offers a bird’s-eye view of safety policies and legislation that can help us reduce preventable deaths from things like distracted driving, prescription painkillers and falls.” Oklahoma received its best mark, a ‘C’, for road safety which was around the middle of the pack in the nation. Workplace safety however received a failing grade. While no state in this year’s report received an ‘A’ grade, eight states received a ‘B’ rating, with Maryland scoring the best. Other states with failing grades include Arkansas, Arizona, Idaho, Kansas, Mississippi, Missouri, Montana, South Carolina, South Dakota and Wyoming.

The State of Safety also outlines recommended policy actions and examples of promising practices that can help states save lives. It provides a holistic overview of the effectiveness and viability of state actions and programs that can reduce risk, while identifying gaps in each state’s safety culture that may lead to more injuries and deaths if left unaddressed. We know that the state of safety is perilous – no state received an overall “A” on safety. Twenty-six states received either a “D” or “F” for safety overall. Much more can be done at the state level to create conditions for safe practices to take root; enact and enforce life saving legislation; and encourage agencies, employers and citizens to make safe decisions that affect us all.

Employers can take the lead in workplace safety by implementing effective drug-free workplace policies and improving their drug testing programs. At National Drug Screening (NDS), we receive calls everyday from employers who have made the decision to make safety a priority. We unfortunately also get calls from employers after they have had a problem and are now being forced to take action to protect themselves and their employees as well as the public. Contact NDS if you have questions about testing in your state or other drug testing or drugfree workplace policy questions.

To view the full NSC report click Here: The State of Safety. 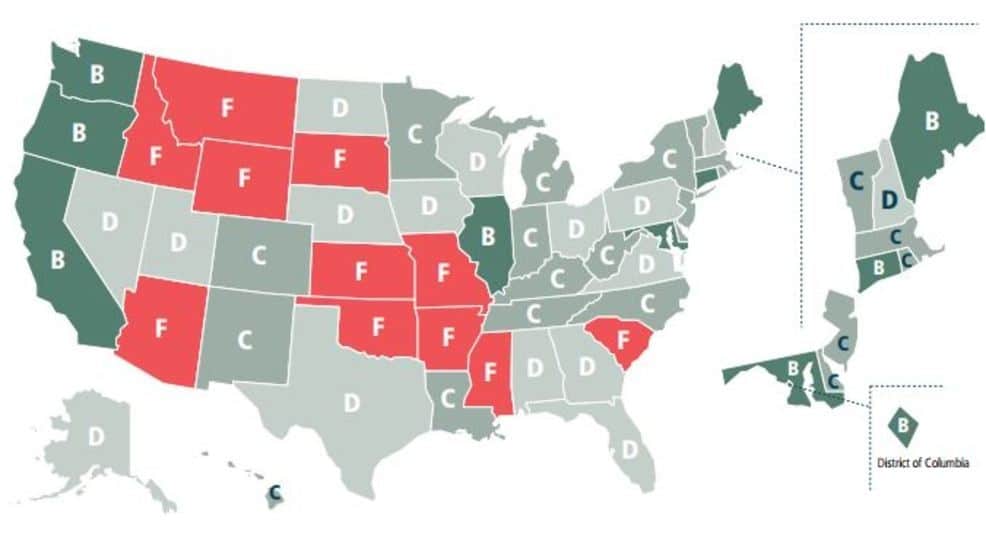