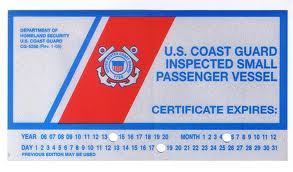 Lately, it seems that drugs have been ruling my life or should I say I am having to react to positive drug tests.  I think to myself, these crewmembers know that they are subject to testing and are in safety-sensitive positions, yet they still use drugs that will endanger the safe operation of the vessel and can cause harm, death or injury to passengers or to their fellow crewmembers.

I have no choice except to terminate the employment of the individual who tested positive for three different drugs. To have him remain in my employ is a liability that I cannot afford nor want.

He was released from law enforcement after a few hours and came to my boat wanting to work and earn some money.  I assumed he wants to work because of the lawyer bills and other costs.  I talk to him and tell him what his drug test results were and that he tested positive for three different drugs.  He still denies that he is a drug user but makes no excuses for his behavior that led to his arrest by law enforcement.  I tell him that he can no longer work on my boat and give him the name and contact information for a Substance Abuse Professional (SAP).  I also inform him that I will not be paying for any treatment costs or for anything else that the SAP may recommend.  That does includes the cost of the initial SAP visit and any subsequent visits that I will not be responsible for.  He leaves muttering some words under his breath but I could make out what he was saying.  If he had his way, I would be going to hell and other unmentionable places.  I thought I had seen the last of him, wrong assumption!

I commenced doing charter fishing trip s again with a brand new deckhand who passed his drug test plus he came highly recommended from other charter boat operators.  Even though he met one of the exemptions identified in 46 CFR 16.210, I am not taking any chances and had him take a drug test.  The 40.25 drug and alcohol check came back clean with no adverse information released, thank goodness.

The next few trips are good with the passengers happy and content as they are catching fish and enjoying themselves.  Things are back to being peaceful again with no drug or alcohol issues.

This feeling of euphoria lasted for about a month when I received a letter from the local office of the State Labor and Unemployment Board.  In this letter from the Labor Board, my now fired deckhand alleged that I terminated his employment stating that I fired him because he did not do line handling in the way that it should be done.  There was not any mention about the real reason why I terminated him.  The Labor Board wanted to verify the reason why I terminated his employment before paying him unemployment benefits which would come out of my account with the State Labor and Unemployment Board.  After getting over my outrage, I calmed myself down and did a reply on the supplied state form.  I denied the stated reason and stated he had violated my company’s substance abuse policy.  I know that I could not release the drug test results but could state that there was a policy violation.  I am hoping the Investigator on this case would pick up on this substance abuse policy violation.

My terminated crewmember was informed of my response and did not accept it.  He is appealing for a hearing before an Administrative Law Judge (ALJ) employed by the state labor board.  I receive written communication from the state labor board informing me of the hearing date. The hearing is set to take place in about 4 weeks.  Because I have to appear in person, I book no charters for that day.  That means another loss of income.