“The Path to Marijuana Legalization” was introduced today by Senator Wyden and Congressman Blumenauer and is composed of a package of three bills that pave the way for the legal marijuana industry. On November 8, 2016, voters in states across the country acted to end the prohibition of marijuana. Voters in California, Maine, Massachusetts, and Nevada approved initiatives to legalize adult use of marijuana, and voters in Arkansas, Florida, Montana, and North Dakota approved initiatives to provide or expand access to medical marijuana.

Marijuana consumers may be barred from public housing or federal financial aid for higher education, and non-citizens may be deported or denied entry into the United States. Marijuana businesses also face obstacles. Retailers, researchers, healthcare providers, and marijuana producers complying with state law may face penalties, jail time, and asset forfeiture under federal law. In addition, marijuana businesses have difficulty obtaining bank loans, access to bank accounts, bankruptcy protection, and goods and services like building rental, scientific testing, payment processing, and even legal representation. The IRS also imposes tax penalties on marijuana businesses, which do not apply to any other businesses legal under state law. In the face of these challenges, the state-legal marijuana business sector continues to grow.

In 2016 the state-legal marijuana industry produced an estimated $7.2 billion in economic activity, with marijuana businesses paying billions of dollars in federal income tax. This industry is expected to produce nearly 300,000 jobs by 2020 and grow to $24 billion by 2025. It is an undeniable fact that the legal marijuana industry is an economic driver in the United States. And every public road, bridge, school, and hospital is paid for, in part, by income taxes paid by marijuana businesses—legal under state law, but still prohibited by the federal government.

This proposed Path to Marijuana legalization includes these three bills:

Small Business Tax Equity Act This legislation would repeal the tax penalty that singles out state-legal marijuana businesses and bars them from claiming deductions and tax credits.

Responsibly Addressing the Marijuana Policy Gap Act This legislation would reduce the gap between Federal and State law by removing federal criminal penalties and civil asset forfeiture for individuals and businesses acting in compliance with state law. It would also reduce barriers for state-legal marijuana businesses by ensuring access to banking, bankruptcy protection, marijuana research, and advertising. It would protect individual marijuana consumers in states that have legalized marijuana, by providing an expungement process for certain marijuana violations, ensuring access to public housing and federal financial aid for higher education, and ensuring that a person cannot be deported or denied entry to the U.S. solely for consuming marijuana in compliance with state law. Finally, it would remove unfair burdens by ensuring veterans have access to state-legal medical marijuana, and protecting Native American tribes from punishment under federal marijuana laws.

Marijuana Revenue and Regulation Act This legislation would responsibly de-schedule, tax, and regulate marijuana. It would impose an excise tax on marijuana products similar to current federal excise taxes on alcohol and tobacco, escalating annually to a top rate equal to 25 percent of the sales price. Marijuana producers, importers, and wholesalers would be required to obtain a permit from the Department of Treasury, and the marijuana industry would be regulated in a manner similar to alcohol. Strict rules would prohibit sale or distribution of marijuana in states where it is illegal under state law.

These are not the first Marijuana Legalization bills to be proposed this year. Here are a few others: 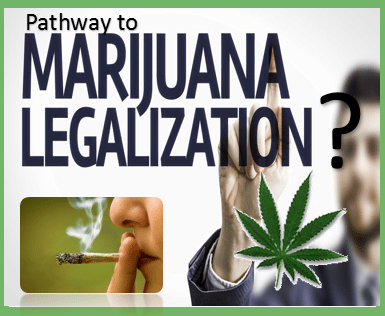