The Debate on Medical Marijuana and the Workplace

Post: The Debate on Medical Marijuana and the Workplace

An employer should not have to accommodate the use of medical marijuana and jeopardize workplace safety. Joe Reilly and National Drug Screening can provide assistance with employer policies regarding medical and recreational marijuana.  A policy review is available at no cost.  Employers need to address medical marijuana in their drug-free workplace policies.

Dronabinol, more commonly known by its brand name Marinol, is a legally prescribed drug. The active ingredient is a synthetic version of the delta 9-tetrahydrocannabinol, otherwise known as delta-9-thc.  The approved use of Marinol is outlined in the Physicians’ Desk Reference.

So the first level of the debate is around not only the true value of smoked, or ingested marijuana, but the proper reasons for prescribing Marinol.  There will never be a resolution at this level.  In fact, as more derivatives come on the market, the debate will rage around this topic, but the basics will not change.

Under the federal Controlled Substances Act, marijuana is classified as a Schedule I drug, a drug with no acceptable medical uses. Thus anyone who uses marijuana, no matter what state law permits, is in violation of federal law. It is enough to say that marijuana remains illegal by federal law everywhere, all the time, no exceptions.  The debate is not even a debate.

For every person who is for legalization of marijuana for medical purposes, there is another who argues against it. Some of the arguments from the opposition include: 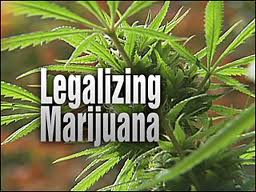 Last updated on March 30th, 2021 at 10:15 amThe adoption of electronic chain of custody, also known as ECCF, has streamlined the drug testing process

Last updated on March 22nd, 2021 at 08:44 amMedical or recreational marijuana is already legal in most states, and it’s possible that the federal government