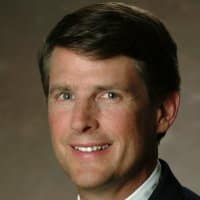 This is a guest blog from Attorney Tommy Eden from Constangy, Brooks, Smith & Prophete, LLP  >>>

Currently, 28 states and Washington D.C. have legalized marijuana for medical purposes and 8 states (Nevada, Colorado, California, Maine, Massachusetts, Oregon, and Washington) and Washington D.C. have legalized marijuana for recreational use. However, since marijuana remains a Schedule 1 controlled substance under the Federal Controlled Substances Act, possession of marijuana is still illegal under federal law. However, recent decisions will require employers to take a fresh look at their marijuana prohibition language and in those states with medical marijuana card holder protection laws, to engage in an interactive process before taking adverse employment action. Of course, an ounce of prevention (see 7 steps below) is much less costly than the pound of cure which a plaintiff’s attorney will seek to heap on an employer’s head later.

Courts have begun to address whether an employee’s use of medical marijuana can be a reasonable accommodation under the Americans with Disabilities Act in states which have specific discrimination protection laws for medical marijuana cardholders. Most will recall that in 2015, the Colorado Supreme Court held that an employer did not commit disability discrimination when it terminated an employee for violating its drug policy (testing positive for marijuana) despite the employee’s doctor’s prescription for medical marijuana. The Court in Coats v Dish Network reasoned that because marijuana was still illegal under federal law, the employer did not discriminate based on disability by enforcing its drug policy. Similarly, the Washington Supreme Court in Roe v. Teletech held that an employer’s revocation of a job offer based on the applicant’s positive result for marijuana on a drug test was not wrongful despite the Washington State Medical Use of Marijuana Act. The Supreme Court of California in Ross v. Ragwire has likewise held that the California Fair Employment and Housing Act does not require an employer to accommodate employees who used medical marijuana by ignoring positive drug test results for the drug that violate employer drug policies. None of these states had medical marijuana card holder protection laws.

However, in July 2017, the Massachusetts Supreme Court held that an employer may have to ignore an employee’s drug test failure due to the use of marijuana to treat a qualified disability because it may be a reasonable accommodation under the state’s disability discrimination law and medical marijuana card holder protection law. In Barbuto v. Advantage Sales and Marketing LLC, the employee had Crohn’s disease and a physician provided her with written certification that allowed her to use marijuana for medicinal purposes. The employee did not use marijuana before or at work, but nonetheless tested positive for marijuana on the employer’s mandatory drug test. The Court held that employers in the state had a duty to engage in an interactive process to determine whether there are equally effective medical alternatives that would not violate a drug policy. If no alternative exists, the employer must demonstrate that allowing the employee’s use of medical marijuana (or the positive drug screen for the drug) would cause it an undue hardship, such as transportation employees subject to the DOT, federal contractors and recipients of federal grants, or other employers where allowing positive drug tests for marijuana would be a violation of the employer’s contractual or statutory obligations which would jeopardize the company’s ability to perform its business.

On the heels of that decision, Katelin Noffsinger was offered for a position as Director of Recreational Therapy at Bride Brook, a nursing facility in Niantic, Connecticut where she was required to take a routine pre-employment drug test. She gave notice that she was a Conn. Medical Marijuana Card Holder diagnosed with PTS and took Marinol prescription marijuana. Bride Brook rescinded her job offer because she tested positive for marijuana. In August, 2017, a Connecticut Federal District Judge, on Motion to Dismiss her lawsuit, ruled against the employer and held: 1) federal law does not preempt the Connecticut medical marijuana statute, even if they test positive on an employment related drug test; and 2) the CT MM Act provides a private right of action for individuals claiming to be discriminated against as a result of their qualifying patient status; and 3) employers regulated by federal laws are not exempt from the state statute’s discrimination prohibitions. This Federal Court decision has potentially sweeping implications for employers who conduct workplace drug testing in states with medical marijuana card holder protection laws.

So how does an employer Standing Firm with regards to marijuana use? Following these 7 steps is your ounce of litigation prevention:

1.      Know the safety sensitive and other work-related risk associated with marijuana use;

2.      Become knowledgeable with the marijuana laws and applicable cases in the states where employees report for duty;

3.      Upgrade your job descriptions to include critical essential function safety language directly applicable to marijuana use;

4.      Make it all about safety in supervisory training and employee awareness;

7.      Put all the puzzle pieces into place to form your compliant legal strategy to effectively stand firm when dealing with marijuana in your workplace.

Tommy Eden is a Partner with the Management Labor Law Firm of Constagny, Brooks, Smith and Prophete, LLP and leads the Constangy Workplace Drug & Alcohol Testing Group where he drafts customized DFWP Compliant Policies, and signoff forms in all 50 states and all DOT Modes with forms toolkits. Tommy has a blog site at www.alabamaatwork.com and can be contacted at 334.246.2901 or teden@constagny.com