Federal Judge David Russell, District Court for the Western District of Oklahoma, on Tuesday, July 11 helped the Occupational Safety and Health Administration (OSHA) drive a stake through the heart of OSHA’s much-maligned injury and illness reporting rule while the agency considers whether to undo all or part of the regulation. This now barred rule did more to slow down, and to some extent halt, post-accident drug testing by employers across the United States for fear of an OSHA retaliation charge and finds. The case is the National Association of Home Builders of the United States et al. v.Perez et al.
Judge Russell issued a one-page order granting a request by OSHA to stay the case, which the agency filed Monday, July 10th arguing that it needed the time to determine whether to “reconsider, revise or remove portions of the rule” at issue. He ordered OSHA to submit status reports every 90 days to keep the court apprised of the agency’s progress with respect to the proposed rulemaking the agency outlined in its motion.
OSHA’s new rule, which was finalized last year and took effect on Jan. 1, after a Texas Federal District Judge refused to enjoin it in November 2016, required employers to submit electronic information about workplace injuries and illnesses for a publicly available database. Many labeled its OSHA’s attempt to shame employers into compliance, as well as foster litigation.  The rule also required employers to establish reporting procedures for injuries and illnesses and barring retaliation against workers who reported such incidents. OHSA in its comments to the new rule spotlighted suspicionless post-accident drug testing as grounds for it to issue a retaliation citation.
In January 2017, the National Association of Home Builders of the United States, and others, filed a Federal Court Complaint in Oklahoma claiming the database rule exceeds OSHA’s record-keeping authority and violated the First Amendment by compelling businesses to give up too much private information.
On June 28 OSHA published a notice in the federal register that both proposed a five-month delay to the July 1 deadline for certain employers to submit the first batch of information required under the rule and questioned whether additional portions of the rule would be subject to changes. OHSA stated in its filing that allowing the parties to proceed with motions for summary judgment presented the risk that OHSA would have to brief and the court would have to consider issues that may be rendered moot by the agency’s reconsideration of the regulation.
In its motion filed on Monday, the Agency stated as follows: “OSHA has confirmed that it will propose additional rulemaking that could directly affect the scope of the rule and therefore the claims at issue in this litigation… Given OSHA’s decision to propose rulemaking that could affect the requirements of the rule, there is good cause for granting the government’s request to stay this case. Staying this litigation would conserve judicial resources because additional rulemaking could eliminate or simplify some of the issues in dispute.”
Common Sense Counsel: Employers without fear of OSHA oversight or fines can, and should, immediately reinstate post-accident drug testing. Of course, having a legally compliant program in accordance with State Laws is critical to successful Worker’s Compensation Disqualification for a positive drug testing result, discharge decisions, privacy concerns, and receiving the worker’s compensation premium discount from your insurer or fund.

Tommy Eden is a partner working out of the Constangy, Brooks, Smith & Prophete, LLP offices in Opelika, AL and West Point, GA and a member of the ABA Section of Labor and Employment Law and drafts state compliant drug-free workplace programs for employers in all 50 states. He can be contacted at teden@constangy.com or 334-246-2901 . 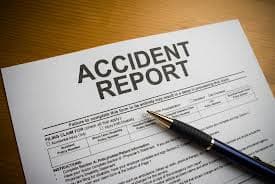