More on the development of oral fluid drug testing.

The use of oral fluid as a specimen source for substance abuse testing moved ahead at the same pace from April 1997 to January 2006 as testing with the use of the other specimens, i.e., hair, sweat patch and on-site testing devices.  After the rejection of the proposed Mandatory Guidelines in 2006, it became apparent that much more work would be needed to make the use of alternative specimens viable and forensically defensible, especially for Federal regulated workplace drug testing.

In a November 25, 2008 update to the Mandatory Guidelines was this statement: “With regard to the use of alternative specimens including hair, oral fluid, and sweat patch specimens in Federal Workplace Drug Testing Programs, significant issues have been raised by Federal agencies during the review process which require further examination, and may require additional study and analysis.”  What that statement meant was that more information and data had to be collected to meet the goal of allowing these alternative specimens to be used in Federal regulated workplaces and to be forensically defensible.  In the meantime, the drug testing industry was going down the path of using alternative specimens for non-Federal regulated workplaces.

The data gathering for oral fluid did not progress much until August 2008.  Data was presented to DTAB giving the results of 5 years of test results with oral fluid as the specimen source.  The data was extracted from 650,000 analyzed specimens collected from January 1, 2003 to December 31, 2007.  It is interesting to note over half of these specimens were collected in 2007.  Out of the data collected for 650,000 specimens, 648,372 specimens were analyzed with a positive rate 4.3%.  The MRO verification rate was almost 96% with most of the reversals due to prescribed use of opiates and amphetamines.

The following drugs were identified in this dataset and reported by the MRO service as verified positives:

It is interesting to note that this dataset showed the reversal rate for amphetamines was very similar for urine based drug testing.

Further analysis of the data showed over 8,000 were rejected for testing as shown in the table shown below:

On September 28, 2008, there was a closed (not open to the public) meeting with the following oral fluid items being discussed:

All of these efforts were combined to facilitate a viable discussion for the use of oral fluid in workplace drug testing. 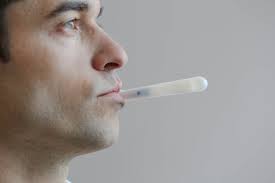