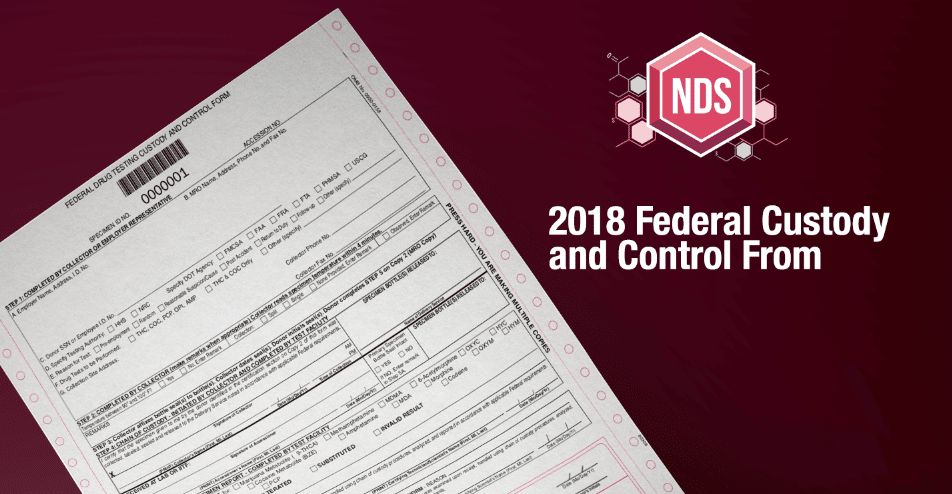 Melbourne, Florida: National Drug Screening, a leading service provider for drug test results reporting and MRO services, is strongly advising any organization that is under the Department of Transportation (DOT) regulation for drug and alcohol testing to start using the new Custody and Control Form (CCF) immediately. The deadline that mandates the use of the new CCF is June 30, 2018. After the deadline passes, use of the old CCF will introduce delays and the need to complete additional forms when processing drug test results.

In late 2017, the Department of Transportation (DOT) published a rule adding four semi-synthetic opioids to the drug testing panel. These semi-synthetic opioids which include hydrocodone, oxycodone, hydromorphone, and oxymorphone represent a substantial change to the DOT drug testing panel. The final rule, which went into effect on January 1, 2018, authorized the continued use of the old CCF through June 30, 2018, but requires the use of ONLY the new, revised CCF after June 30, 2018.

National Drug Screening’s President, Joe Reilly discusses the implications of using the old CCFs after the June 30, 2018, deadline by citing, “If you continue to use the old Federal Drug Testing Custody and Control Forms beyond the June 30, 2018 implementation date, you will be violating DOT rules.” Mr. Reilly continues, “First, you might be required to submit additional documentation with each CCF. Next, because the old forms are missing the additional fields, you risk introducing a severe delay in the testing process. That delay could be damaging to your business.”

National Drug Screening has recommended that if organizations who are regulated by the DOT are currently using the old CCFs, they order the new CCFs to begin use before June 30, 2018, to ensure the old form does not create testing delays.