FRA’s post-accident testing rule requires urine and blood specimen collection from surviving employees and also tissue from deceased employees (these collection procedures go well beyond the normal Part 40 procedures). For surviving employees, these specimens are collected at an independent medical facility. FRA regulation, 49 CFR Part 219 Subpart C, stipulates the level of events requiring testing and who has to be tested. The collected specimens are analyzed only at FRA’s contract laboratory. Post-accident testing provides FRA with accident investigation and usage data.

In the Federal Register dated July 7, 2015, the Federal Railroad Administration (FRA) announced that Tramadol is being added to their post-accident testing panel and will be reported to railroad Medical Review Officers.  It should be noted that Tramadol has been tested for in post-accident tests but reports had to be kept confidential as it was not classified as a controlled substance. It is not being added to the regular DOT drug test panel but will be an additional drug tested only for post-accident purposes within the FRA regulated railroads

The FRA in order to meet this special testing requirement has developed a special post-accident testing kit which is to be used only by railroad trained personnel.  This testing for the DOT basic panel plus additional controlled substances is done at a specific contracted SAMHSA accredited lab.  The additional substances that are tested for include barbiturates, certain opiates, and benzodiazepines. These kits do include material for obtaining urine and blood specimens and for deceased personnel, tissue specimens.

Tramadol was added as a Schedule IV to the list of controlled substances by the Drug Enforcement Administration (DEA) on July 2, 2014. This was done after an examination of the following factors as required by Federal Law (21 U.S.C. 811(c) along with the abuse potential, legitimate medical use for Tramadol.  This action is done in concert with the Department of Health and Human Services (HHS)/Food and Drug Administration (FDA).

Those factors that are evaluated are:

(1) Its actual or relative potential for abuse.

(2) Scientific evidence of its pharmacological effect, if known.

(3) The state of current scientific knowledge regarding the drug or other substance.

(4) Its history and current pattern of abuse.

(5) The scope, duration, and significance of abuse.

(7) Its psychic or physiological dependence liability.

(8) Whether the substance is an immediate precursor of a substance already controlled under this subchapter.

All test results that show the presence of Tramadol will now be reported to the MROs that are utilized by the individual railroads.

The FRA regulations as listed in 49 CFR part 219.103 governs the use of controlled substances by railroad employees while in the performance of their assigned duties.  This Notice now includes the use of Tramadol as a violation of these regulations. 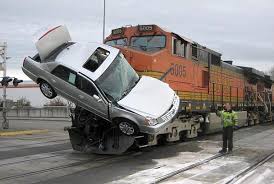