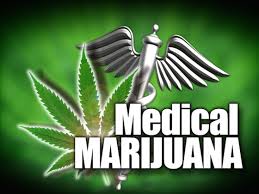 Orlando lawyer John Morgan spent $4 million to get Amendment 2 on the 2014 ballot and became the measure’s public face.  Florida voters did not approve an Amendment that would permit the use of medical marijuana.  “We are very happy that our quality of life here in Florida is going to be preserved,” said Calvina Fay, executive director of St. Petersburg’s Drug Free America Foundation. “We are not going to be seeing pot shops everywhere. We are not going to see opportunities for marijuana to be promoted for our children. We are happy the voters in our state took time to actually read the amendment and vote smart.

So far, the Florida Legislature has rebuffed any attempt to fully legalize medical marijuana through legislation. This year — under pressure from some parents of epileptic children — the Legislature did approve one strain of noneuphoric pot called Charlotte’s Web.

But noneuphoric pot cannot match more powerful varieties when it comes to treating pain or other debilitating conditions, advocates say.

Marijuana and the States.