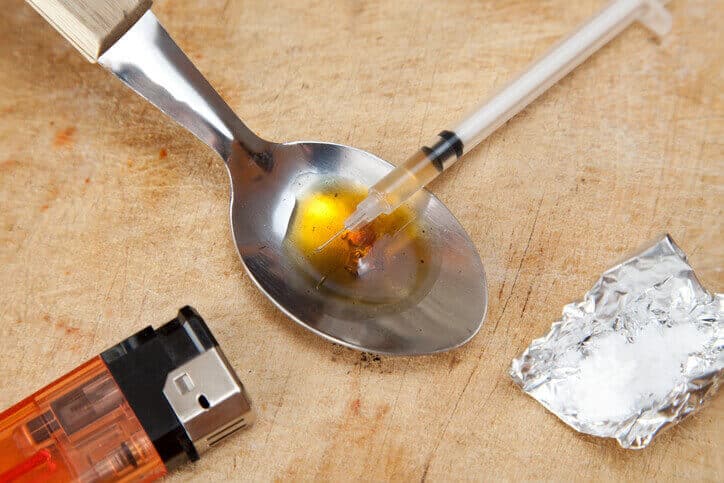 In 2016, more than 10,000 people lost their lives to heroin overdoses in the United States. This number was much larger globally and many experts have likened the drug to a modern day epidemic. While we fight this drug in the present, let’s take a look back at the past and see how it came to be.

Soldier’s Disease
Opiates like laudanum were brought to the United States by chinese immigrants that came to this country looking for work on the railroads. As the railroads expanded west, so did the use of this new drug that had people raving. Opium dens could be found in Chicago, Colorado and as far west as San Francisco and nobody really knew what they were getting themselves into. It wasn’t until the post Civil War era that people really started to see what these drugs were capable of. Surgeons during the war would use morphine to make battle wounds more tolerable for the soldiers but they quickly became addicted. Their addiction would eventually become known as “Soldier’s Disease.”
Heroin for Medical Use
Just before the turn of the century, Bayer Pharmaceuticals started marketing Diacetylmorphine as a non-addictive cure for Bronchitis, Tuberculosis and other cough-inducing illnesses. What they didn’t know was that this new drug was in fact addictive and it would later become known as heroin. It was made by boiling morphine for several hours and it had a lot of the same pain relieving effects as it’s original form. But this led to a heroin boom in New York City and in 1914 the Harrison Narcotics Act was passed in an attempt to cut down on the heroin and cocaine addicts in the city. It was even reported that at one point in time, 94% of all the crimes committed in the city were done by heroin addicts.
Heroin Resurfaces
It was war that brought heroin into the limelight in the first place and it was war that brought it back to prominence. After WWII, Europe was in shambles and a lot of the crime syndicates started operating again with little to no regulations. One of their most popular forms of income was opiate trading from the Middle East and that held true for the better part of a decade. By the time law enforcement caught on, traffickers were already moving operations into Southeast Asia where the Vietnam War would eventually take place. Once the American soldiers were released from Vietnam, they brought home their wounds, their fears and their addictions to heroin.
This problem still persists today and if anything, it is growing larger. One thing we can all agree on is that these substances don’t belong in the workplace and if we can keep them out of that part of our lives, maybe that will translate across the board.
For consultation on a Drug-Free Workplace, call National Drug Screening at 866-843-4545 or click around on our website!